The Samsung Galaxy Note 3 is just a day away from an official unveiling at IFA 2013 in Berlin, and the leaks continue to highlight possible new features for the Galaxy Note 3.

As consumers eagerly wait for the new Galaxy Note 3 to arrive on store shelves, insiders are leaking details about the Samsung Galaxy Note 3’s potential features.

While we still don’t know what the full Galaxy Note 3 looks like, a new leak hints at a multitude of new features for the new phablet. 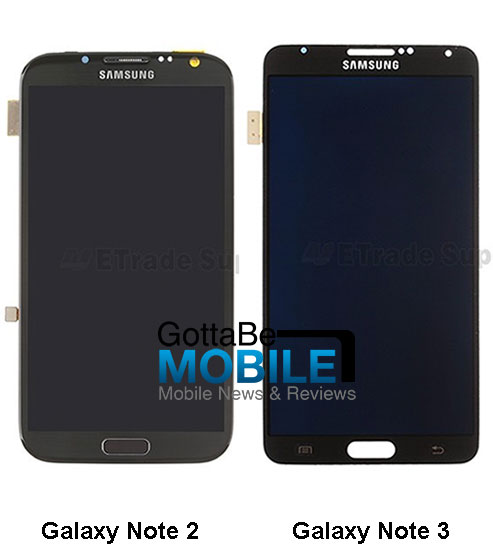 We gain a confirmation of some features already expected like a 1080P HD display and S Pen apps as well as a possible fingerprint reader.

Noted phone leaker evleaks shares a list of 276 Galaxy Note 3 APKs. An apk is an android installation file or app, and this list shows at least some of the apps that will be installed on the Samsung Galaxy Note 3, according to evleaks connections.

Alone a list of 276 Galaxy Note 3 apps doesn’t tell perspective buyers a lot about what they can expect, but after digging through the list we were able to pull out a list of apps that hint at new Galaxy Note 3 features.

The Samsung Galaxy Note 3 will take the stage in a day and we will learn all about the new features, but a new list of pre-installed apps hints at what Samsung could announce at the Galaxy Note 3 event during IFA 2013.

The list of apps includes SPenSdk3.apk, which could be a new major version of the S Pen software development kit. This is a major jump from the current S Pen SDK 2.3, which Samsung is using on the Note and Note 2. 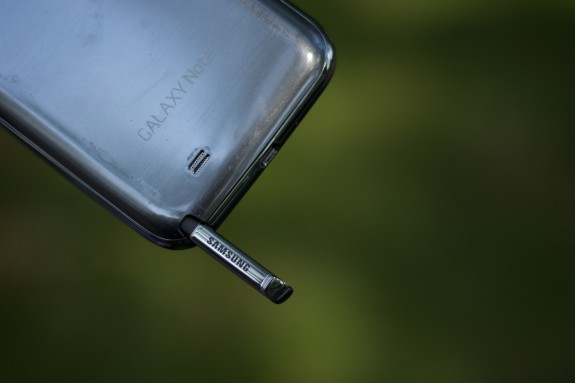 Look for the S Pen to play a major role on the Galaxy Note 3.

This would also line up with the Samsung Developers Conference schedule which shows a session that will offer a, “Detailed View of What’s New in S Pen,” at the start of the event.

According to evleaks, there is not much new for the S Pen, writing “stylus functionality the same as first two Notes.” It is possible that this is referring to the hardware of the stylus only, and Samsung will deliver new S Pen features and built-in apps for enhanced usability.

The Samsung Galaxy Note 3 could include a fingerprint reader to beef up security of the device. It would make sense given the Knox security suite which will likely be on board and Samsung’s continued marketing toward businesses.

A fingerprintservice.apk file caught our attention while looking through the list. Rumors from May suggested Samsung was planning to build a fingerprint reader into the Galaxy Note 3 and upcoming Samsung Galaxy S5.

In July a report claimed the Samsung Galaxy Note 3 would no longer feature a fingerprint reader. SamMobile claims that the Note 3 will not come with a fingerprint sensor.

It is possible that this is a leftover apk from previous work on a Galaxy Note 3 fingerprint sensor, or we could be in for a surprise.

We could see a Galaxy Note 3 feature come from the Galaxy S4 in the form of an IR blaster that turns the Note 3 into a smart remote control.

The Samsung Galaxy Note app list includes Peel and WatchON, two apps that play a central role in the remote control functionality of the Galaxy S4.

We expected a remote control function on the Galaxy Note 3, but it is good to see more support of this potential Galaxy Note 3 feature.

At this point the Samsung Galaxy Note 3 is all but confirmed to arrive with a 1080P HD display, but there are several apps in the list that reinforce this point.

The Animatedscene_fhd.apk and Collagefhdh.apk point to further support of a full HD 1920 x 1080 resolution display.

Not shown in this leak is an alleged Galaxy Note 3 lock screen wallpaper with a 1920 x 1920 resolution. The Galaxy Note 3 display is reportedly 5.7-inches in size.

Samsung and Apple are under pressure to limit the appeal of smartphone theft through services like Find My iPhone, authentication and Lojack for Mobile Devices.

The Galaxy Finder app could be a Samsung version of the new Android Find my Phone app and service.

Google recently rolled out an option to most Android users, but manufacturers like Motorola are also using their own service to track lost or stolen phones.

Samsung’s partnership for Lojack doesn’t include lost phones, and includes a $30 annual fee.

The Samsung Galaxy Note 3 should come with a familiar plastic design that looks like a mix of the Galaxy S4 and Galaxy Note 2, and it looks like it will be a very similar size.

Rumors point to a Qualcomm Snapdragon processor, 3GB of RAM and a 32GB storage option with Micro SD card slot in the U.S.

We could see a very fast Galaxy Note 3 release date with rumors pointing to pre-orders as fast as September 16th and a release before the end of September.