Samsung has a winner on its hands with the Galaxy Note 3 smartphone, but not everyone can afford the high price, or wants something that big. This is where the newly revealed Galaxy Note 3 Lite will come in to save the day.

Before launch we heard multiple reports that Samsung was planning a few variants of the Note 3, but come announcement day we only saw the one available now around the globe. Most reports suggested a top-tier device like what we have now, and a low-cost alternative. Today these rumors have resurfaced with SamMobile reporting the Galaxy Note 3 Lite is the name in question, and it will make its debut early next year. 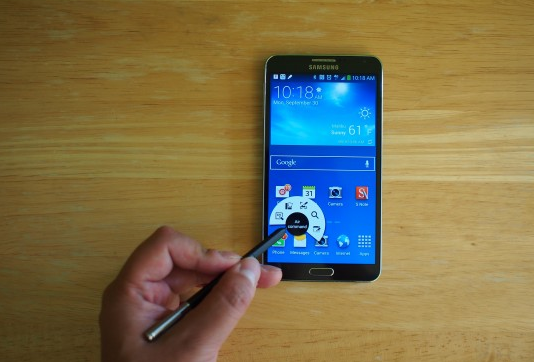 According to sources close to the matter Samsung will be unveiling a new Galaxy Note 3 Lite in Spain for the annual Mobile World Congress (MWC) event, and that could just be one of a few things the company has up its sleeve. Listed as model SM-N7505, their sources claim this device is currently in shipping and testing phases, and will be the Note 3 Lite.

The report goes on to mention Samsung testing both a 5.5-inch screen, as well as the same 5.7-inch size the current option offers, only they’ll be using a cheaper LCD panel to help cut costs instead of an AMOLED. After all, this device will be slightly cheaper and maybe smaller than the original. A trimmed down, nonfat (Lite) version of the original released a few months ago.

We’ve heard reports and rumors suggesting a drop to an 8 megapixel camera, as well as a slimmed down and slower quad-core processor to keep things minimal, similar to the Galaxy S4 Active released earlier this year. We’re not yet sure if the device will have any waterproof features like the Active, but it will be a paired down smartphone to reach a different crowd.

Blending the S-Pen features and apps into a device that may not be as big, or as expensive, so more users can enjoy what the Samsung Galaxy Note lineup has to offer. We’ll be waiting for more details, and maybe, just maybe it will debut with a curved display like the Samsung Galaxy Round.