We’ve heard reports and rumors for months claiming Samsung had a pair of new Galaxy Note 3 Lite devices in the works, but today a new leak points to something completely different. It isn’t “lite” at all, and actually comes equipped with something unique to the smartphone market.

There is a glitch in the Matrix, as new documents spotted by GSM Arena reveals the new Samsung Galaxy Note 3 Neo. The first 6-core (hexa-core) smartphone with specs more like 2012’s Galaxy Note 2, rather than the Galaxy Note 3 released back in October. The device is all but confirmed in this new set of multiple leaks and internal comparison documents from Samsung. 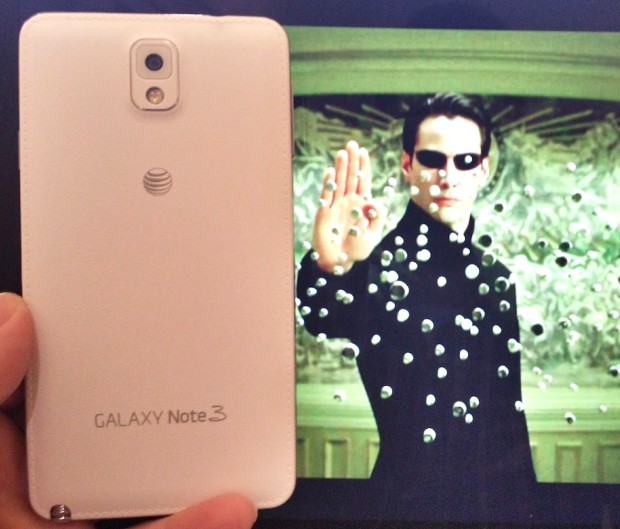 After looking through the details and documents below, the Samsung Galaxy Note 3 Neo is more a refresh and improvement over the Galaxy Note 2. Offering a smaller display than the newest Note 3, coming with a 5.5-inch Galaxy Note 2 display. You’ll have the same specs in almost all categories as the Galaxy Note 2 from 2012, only with a hexa-core processor.

The full Galaxy Note 3 Neo specs are a 5.55-inch 720p HD AMOLED display, as well as the same 8 megapixel camera on the rear and 3,100 mAh battery. The difference however is the processor and version of Android. Running on Android 4.3 Jelly Bean with all the latest Airview and S-Pen apps, and a first of its kind 6-core processor. 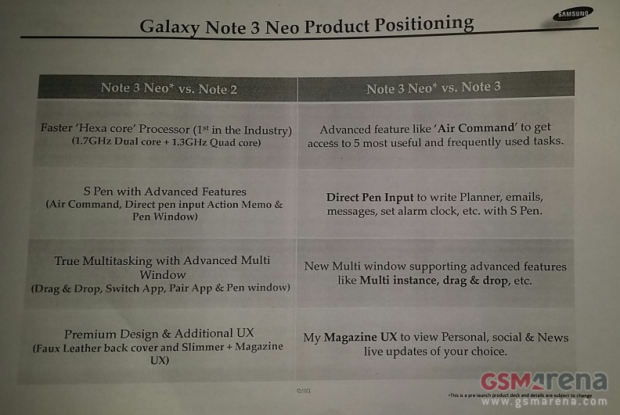 According to the documents above, the Galaxy Note 3 Neo has what is most likely a quad-core Samsung Exynos processor running at 1.3 GHz, and then a faster dual-core 1.7 GHz processor that will handle the daily tasks. We’re assuming once users use some of those intensive apps for multi-window views or gaming it will power up the other four cores, but that’s yet to be confirmed. As this is only a leak. 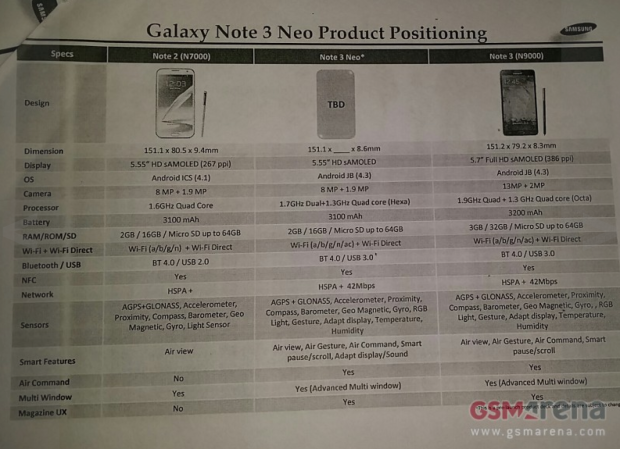 The size will be more inline with the Galaxy Note 3, which is thinner than the 2, even though the specs are somewhat similar. There’s no details regarding a release date on the slides, but previous reports suggest a possible Mobile World Congress 2014 reveal, which will be near the end of February.

It will be interesting to see where Samsung positions the new Note 3 Neo compared to the current flagship Galaxy Note 3, which comes with a quad-core Snapdragon 800 here in the US.