Samsung is preparing a large screen invasion to the U.S. with a new Galaxy Note which could feature a larger screen, S Pen and new software features. Samsung sent invites for a Unpack Episode 2 event where we expect to see the Galaxy Note 3 for the first time on September 4th.

For now the Galaxy Note 3 release date rumors are for the The international release which comes ahead of a U.S. carrier launch, but that is good news as it is easy to draw conclusions about what to expect in the U.S.

Earlier this month a reliable source claimed the Samsung Galaxy Note 3 release is set for September in the UK. This rumor came from a source at a retailer in the UK, and not from Samsung directly, but a new rumor is backing up the Galaxy Note 3 timing. 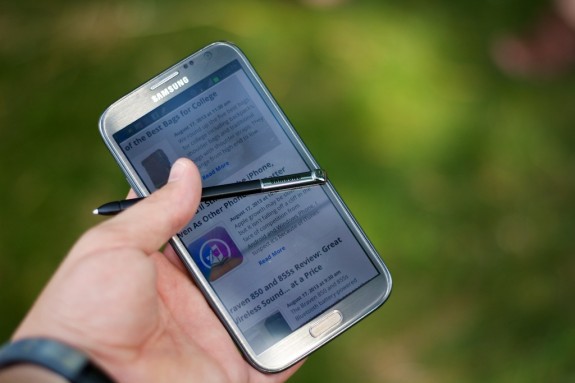 SamMobile accurately predicted the U.S. Galaxy S4 release A month ahead of the launch event, with accuracy, so the publication is in connection with well placed sources, which could share this type of information.

Samsung is moving to faster release dates, cutting out the time between announcing a new device and selling it to customers. This is a strategy Apple perfected with the iPhone, which allows companies to build on the hype generated by a major launch event with pre-orders soon after.

If Samsung is going full force, we could see Galaxy Note 3 pre-orders start in the UK and in the U.S. soon after the September 4th event.

There is no mention of a specific U.S. Galaxy Note 3 release date, but we could see a similar timing for a Note 3 release on T-Mobile or AT&T. The Samsung Galaxy S4 arrived on AT&T and T-Mobile within days of an international release.

With this in mind, consumers should start looking forward to a fast Galaxy Note 3 release date.

The source also claims the Galaxy Gear smartwatch will start shipping on Week 40, which is at the end of September and early October.