This week Samsung officially confirmed the upcoming Galaxy Note 7 will be announced on August 2nd, meaning the wait is almost over. Ahead of the release date some new photos leaked that appear to confirm rumors claiming the Galaxy Note 7 will have a curved display. Here’s what we know so far.

Over the past few months we’ve received countless leaks, heard rumors, and even seen press renders or concept photos along with benchmark results and more. At this point we have a really good idea regarding what to expect, but new photos are taking out the guesswork and reveal the Galaxy Note 7 ahead of the official event.

Below is a slew of photos showing the Samsung Galaxy Note 7 in black, apparently running the latest Android 6.0.1 Marshmallow with Samsung’s new light gray and blue user interface. This software first debuted on the Galaxy S7 and S7 Edge earlier this year, which makes these leaked photos appear even more legit. Read on for more details. 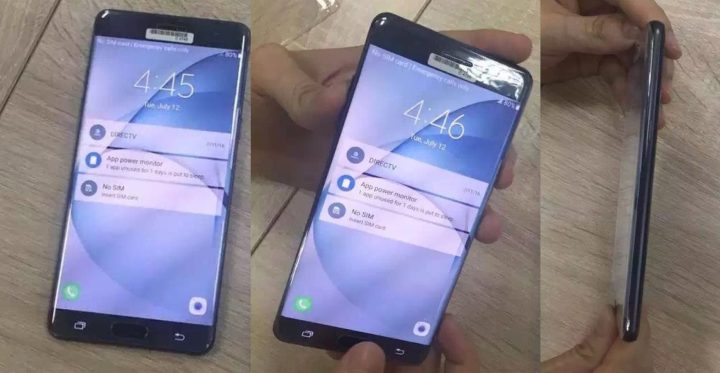 This is the curved Galaxy Note 7 coming August 2nd

What you see above is the Samsung Galaxy Note 7 with a 5.7-inch curved “Edge” display, similar to the Galaxy S7 Edge and Galaxy S6 Edge+ from last year. Rumors have been back and forth regarding what to expect this year, but the consensus is Samsung will release only one Galaxy Note 7. That one phone will have a big 5.7-inch curved display. This is the Onyx Black model which should be all black, and buyers can also expect Silver Titanium and Coral Blue color options. No gold this year.

It’s possible we could see a flat model, similar to the Galaxy Note 5 from 2015, but that’s yet to be confirmed. There have been leaked devices spotted with model numbers that suggest a normal flat model is coming, but we’ll have to wait until August 2nd for Samsung’s announcement to know for sure. It’s highly possibly the company will release a regular Galaxy Note 7, and then a Galaxy Note 7 Edge. At the same time, we could just get one big curved phablet like the device shown above and below.

Based on all the leaked information we’ve received thus far, along with these new photos, we have a pretty good idea of what to expect. At the end of the day the new Galaxy Note 7 should have a big curved screen, more storage, a huge battery, an improved S-Pen with new software features, an Iris eye scanner for security, a micro-SD slot to expand storage and will be IP68 dust and water resistant. 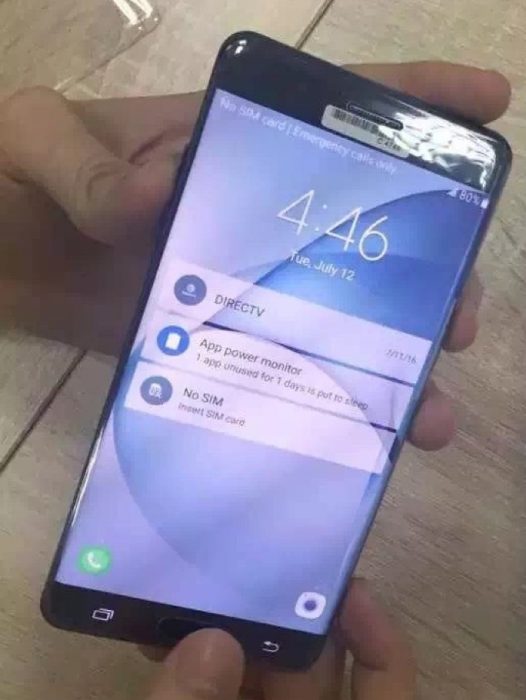 Basically a better, faster and more secure version of the Galaxy Note 5 from last year, with improvements in all key areas. Even if the rumors are right and it only has 4GB of RAM, the Galaxy Note 7 should still be one of the best smartphones released by Samsung and other of the better options for all of 2016.

We’ll know all the details in a few weeks live from New York City on August 2nd, and it could be released either the same day or on August 15th. Stay tuned for more details.