Update: Read our full review of the Galaxy Note for newer battery and speed results.

I’ve had the Galaxy Note for 24 hours now and so far I’m a fan of the big screen, the speedy performance, and even the S Pen. However, there are two aspects of the phone that worry me: battery life and network speed.

That network speed is an issue in New York City comes as no shock. AT&T traditionally has issues here, but now that LTE is available there was hope that those were issues of the past.

Even though I live well within the area covered by AT&T’s new 4G LTE service, I’ve yet to actually connect to LTE with the Galaxy Note. It’s still on HSPA in 4G mode. This may be due to settings on AT&T’s end — I’ve reached out to Samsung and they’re checking for me — so I’m not drawing any negative conclusions from this yet.

However, if you don’t yet live in an area covered by LTE, these results may be of interest. 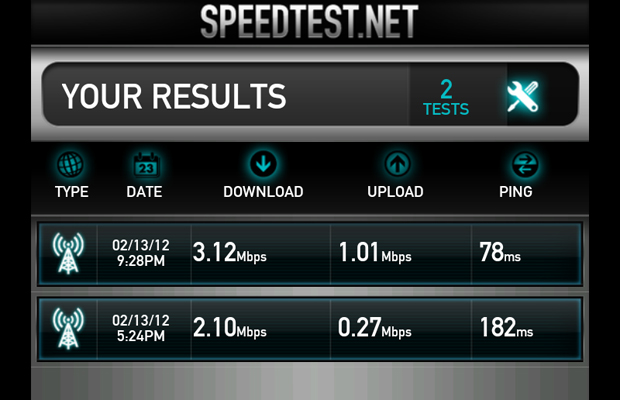 The SpeedTest.net app showed that the Note was only getting 2.1Mbps down and 0.27Mbps up in midtown Manhattan during rush hour and 3.1Mbps down/1.0Mbps up further uptown later that night.

Once the Note is able to connect to AT&T’s LTE I’ll run the tests again to see how speeds improve.

The other issue is battery life. Yesterday I used the Galaxy Note heavily since it was my first day and I wanted to try everything. The result is that the battery was down to 4% after about 6 hours. 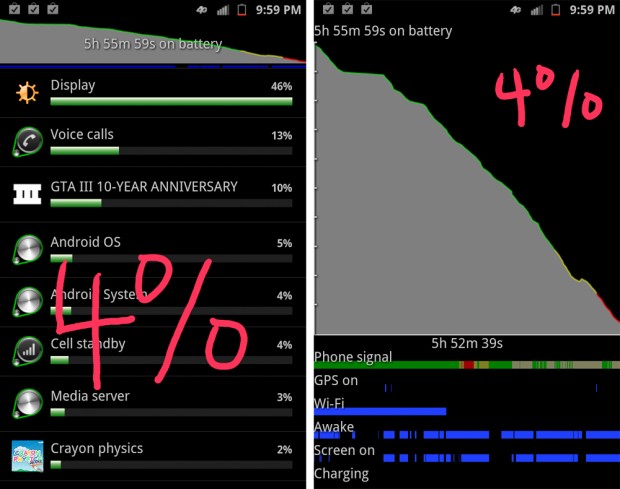 Looking at the battery status reveals that the culprit is the display. Again, no big surprise there. Displays always suck power. The bigger the display, the bigger the suck. And that could prove a problem for heavy users.

Mind you, I also didn’t do much to tweak the settings at first. Auto-brightness was on for most of the day until I turned it off and set the brightness at a specific low percentage. Wi-Fi was on for a few hours but never connected. I talked on the phone for about half an hour using a Bluetooth headset, so that was an extra drain. 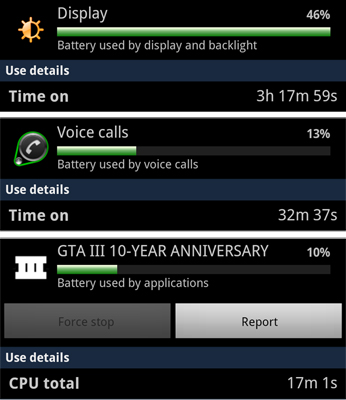 After draining the battery completely and charging it up to 100% I’m starting the day fresh. I intend to use the Note normally but with the brightness set low and Wi-Fi off. We’ll see how long it lasts.

Samsung also includes a Power Saving utility which I will also explore. On a smartphone with a screen this big you have to employ any tweak your can to maximize longevity.

Thus far these are my only two complaints. Stay tuned for sample pictures and video later today.