The Samsung Galaxy S II 4G will sell for $369.99 with no annual contract starting on November 15. Plans for the smartphone start at $35 per month which gives the user 300 voice minutes, unlimited texting, and unlimited data connection.

The Virgin Mobile Samsung Galaxy S II 4G is the same phone that Samsung debuted as its flagship phone last year. It has a 4.52-inch display with an 800×480 resolution and an 8MP camera. The original model came with either 16GB or 32GB of storage space, though it’s not clear how much storage Virgin Mobile’s version will have. 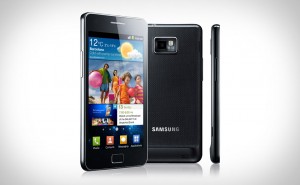 The Samsung Galaxy S II 4G is only the second 4G phone to come to Virgin Mobile. The first such phone was the HTC EVO V which the carrier sell for $239.99 online.

Anyone looking for a great Android phone on a prepaid plan without 4G should also look into buying an unlocked LG Nexus 4 and a SIM card from a carrier like Simple Mobile, Straight Talk, or Red Pocket Mobile.