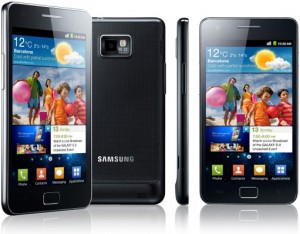 Samsung may be looking to recycle its Android-powered Galaxy S II hardware by making a Windows Phone 7 variant of the smartphone. The phone would be a successor to the Samsung Focus and was discovered on the Bluetooth Special Interest Group (SIG) forum with the model number SGH-i937, which is similar to the flagship SGH-i927 from the Galaxy S II. The device is said to be utilizing the same Bluetooth radio stack as that from the Mango software release.

When the device arrives with Windows Phone 7, however, Samsung will also need to modify some of the innards of the phone to be compatible with Microsoft’s mobile operating system. For one, Windows Phone 7 only uses ARM-based processors from Qualcomm, so the phone, which looks like it may be Samsung’s flagship Windows Phone device, would probably need to utilize a Snapdragon chipset. As the Android Galaxy S II utilizes a dual-core chip, it’s unclear if the Windows Phone 7 will be a single-core or dual-core phone.

In addition to appearing on the Bluetooth SIG forum for Bluetooth radio certification, the SGH-i937, which is being thought to perhaps share the same hardware design as the Samsung Galaxy S II, was also seen on the Occasional Gamer list.

Other specs may likely remain the same, including a 4.3-inch Super AMOLED Plus display, 8-megapixel camera with dual-LED flash, and the array of wireless radios and mobile sensors packed into the phone. It’s unclear if the Windows Phone 7 variant would also pack a front-facing camera, which can be used for video chat. As Microsoft recently acquired Skype, and evidence of front-facing camera support was seen in the Mango software update, the companies could be working together to bring video calling and chatting features to the phone.

At this time, information about the phone is scarce and much of what is possible is purely speculatory at this point.

As Microsoft isn’t allowing much in terms of radical UI and UX changes, preferring manufacturers and carriers to stick with its Metro UI, instead of the TouchWiz UI on the Galaxy S II, this Windows Phone 7 will most likely instead stick with Live Tiles when released.