The Samsung Galaxy S III will arrive on MetroPCS on Monday, October 22 for $499 off contract.

The Samsung Galaxy S III will go on sale in select MetroPCS stores this weekend, and will be available to anyone on the network in just three days. Users don’t need to sign up for a two-year contract, and plans start at $30 per month and go up to $70 a month for unlimited everything.

Samsung’s flagship phone will use MetroPCS’ 4G LTE in areas where it is available. Users can get unlimited 4G LTE speed from MetroPCS for as low as $55 with the carrier’s ongoing promotion. The 4G LTE speeds aren’t as fast as other carriers in most areas, due to network technology, but MetroPCS 4G LTE is still faster than 3G. 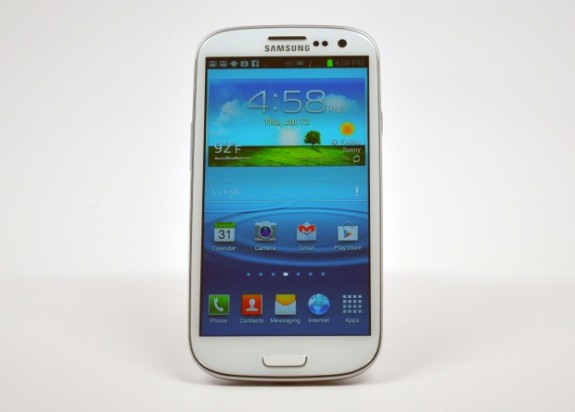 The Galaxy S III on MetroPCS has the same specs as it does on every other U.S. carrier. It retains the dual-core 1.5GHz processor, 2GB of RAM, and 4.8-inch 720p display. MetroPCS doesn’t specify, but the phone will likely ship with Android 4.0 Ice Cream Sandwich with an update to Jelly Bean coming sometime in the coming months.

Users looking for a great smartphone with 4G LTE without a contract should consider the Galaxy S III as the best option on MetroPCS.