While the release date of the official wireless charging kit for the Samsung Galaxy S III remains unknown, it appears that another charging kit compatible with the Galaxy S III has begun to arrive in Verizon stores.

According to PhoneArena, Verizon stores have started to sell a Verizon-branded charging kit that will work with the Samsung Galaxy S III.

Verizon is apparently offering up the entire kit for $89. The wireless charger itself is apparently running for $50, which is $20 off its typical $70 price tag and the Samsung-made back cover for the Galaxy S III is $39. So those looking to get one of these in states that have sales tax are going to be looking at $100 for the entire set. 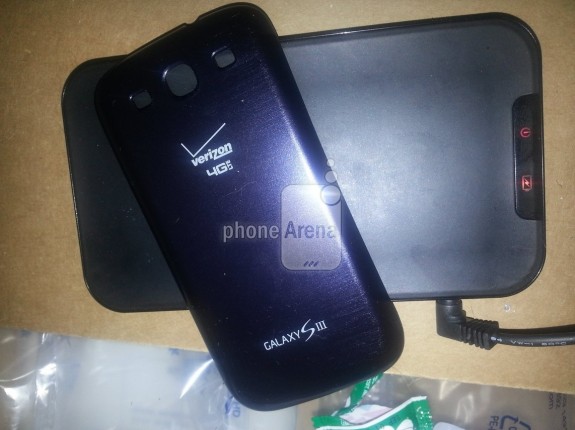 Not all Verizon stores are likely to have the charging kit in stock at the moment so those that are interested in wirelessly charging their Samsung Galaxy S III will likely want to call ahead to be sure that it’s in stock.

Those that want the official Galaxy S III wireless charger will have to wait another month for it to arrive, that is, if Samsung is able to stick to its plan.

The company delayed the wireless charging kit, an accessory it debuted alongside the Galaxy S III in May, until sometime in September of this year.

Samsung has not yet said why it delayed the accessory only that it was delayed.

It also appears that there is a hack, using old Palm Pre components, that will allow Galaxy S III owners to wirelessly charge the device.

The hack takes quite a bit of effort and many consumers will likely just want to fork over their money for the real deal.