Despite the name, the Samsung Galaxy S3 Mini is more of a mid-range phone and not a smaller version of the company’s flagship phone. The Galaxy S3 Mini has a smaller 4-inch display with a resolution of 480×800, compares the to 4.8-inch 720p display of the Galaxy S3. 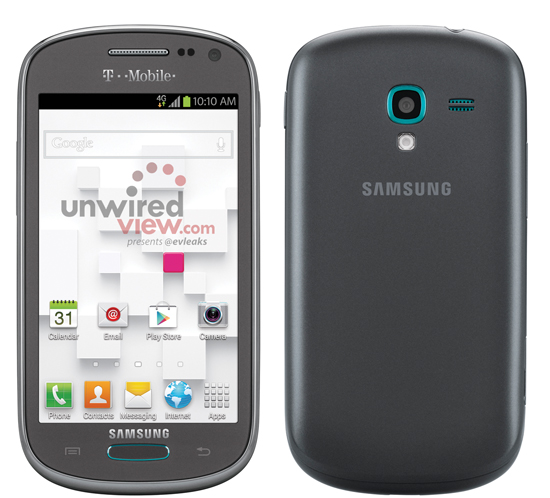 Aside from the price difference, the Galaxy Exhibit also has rearranged buttons with the back button on the right, and the menu button on the left. The phone will also likely lack recent features introduced to Samsung smartphones such as the ability to run two apps at the same size. The Galaxy Exhibit’s small screen and low resolution would make it difficult to show much information in multiple windows.

There’s no word on pricing for the Galaxy Exhibit, but U.S. Cellular sells Galaxy S3 Mini under the name Galaxy Axiom for just $29.99 on a two-year contract. It’s hard to imagine T-Mobile asking for much more than that for what is basically the same phone.