One of the executives directly responsible for the success of the Galaxy S3 and Galaxy S4 has quietly left his position at Samsung.

According the New York Times, Kevin Packingham, chief product officer for Samsung’s mobile devices division has left his role, sometime this week. While that may not seem like big news, after all Samsung is a huge multinational corporation, many reports cite Packingham as a key player in the company’s rise to smartphone dominance.

Reportedly, it was Packingham who approached wireless carriers like Verizon and AT&T about selling the Samsung Galaxy S3. Believing that taking on the costs of promoting its own devices was the right move, Packingham – and by extension Samsung – was able to convince carriers to stock Samsung’s devices if for no other reason than they wouldn’t have to pay for expensive television advertisements to get users in their stores. 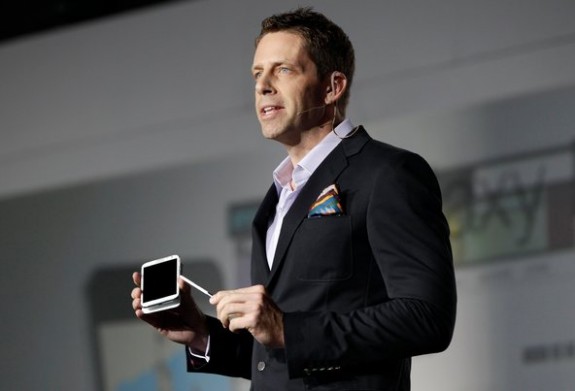 The ploy is widely believed to be why Samsung’s Galaxy S3 and Galaxy S4 continue to dominate other Android smartphones as well as Apple’s iPhone. Samsung managed to parlay the success of the Galaxy S3 into complete dominance in other segments of the wireless market. The Samsung Galaxy Note and Galaxy Tab product lines routinely outsell other Android-based competitors.

For its part, Samsung is only confirming that Packingham has officially left the company. It isn’t talking about why he left, nor is it sharing any information about who his replacement will is.

Although it is unlikely that Samsung’s approach to selling smartphones on every carrier, or marketing directly to consumers will change, it is possible that the loss of Packingham could have a noticeable effect on future products launches in general.

Packingham began working at Samsung in 2011, just one year before it launched the Samsung Galaxy S3. Before that, he worked for Sprint-Nextel. There he negotiated directly with hardware manufacturers helping them add the Palm Pre and the EVO 3D to their line-up of smartphones.