The first Samsung Galaxy S4 cases are up for sale nearly a month before the expected Galaxy S4 launch.

These are not the Galaxy S4 accessories we’ve heard rumored multiple times, but are low-priced Galaxy S4 cases that are likely made using guesswork and estimated sizes.

CellJewel offers three different Samsung Galaxy S4 cases, the first of which SamMobile spotted in a YouTube. The Galaxy S4 cases range from $5.99 to $9.99 in price. 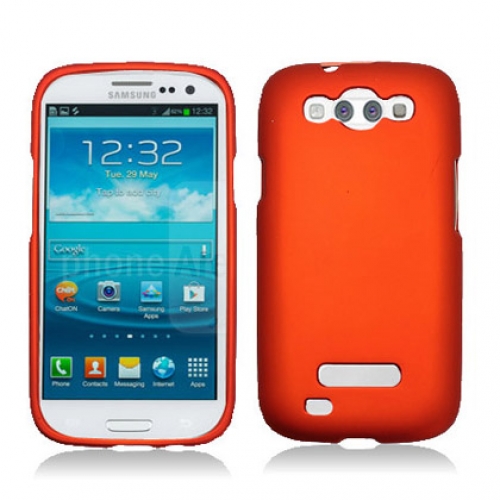 Samsung Galaxy S4 cases go on sale ahead of the Galaxy S4 launch in March.

The Galaxy S4 case photos are obviously a mockup, based on the still visible watermark. That said, the company already has some of these cases in hand, which they show off on video. In the video below we see a Black Snap-On Galaxy s4 case.

The company also offers these cases in many colors for $5.99, which it claims normally retail for $29.99. There is also a perforated Galaxy S4 case for $9.99 which the salesman shows off in the video below. This case looks like an Otterbox Commuter knockoff.

Last but not least, there is a Galaxy S4 skin type case available in multiple colors, which “is custom designed to wrap around the entire phone,” an impressive feat considering the Galaxy S4 is not yet announced.

While it seems the company already has some of these cases on hand, and is promising shipping in 2-3 days, it’s not very likely that they know exactly what the Galaxy S4 will look like.

Based on prices Gotta Be Mobile has seen for similar style cases from China, the unit cost of these is likely well below a dollar, and the company is probably making a gamble based on rumors. It’s a good idea to wait for the phone to launch before buying cases. 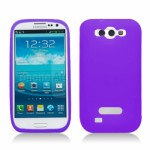 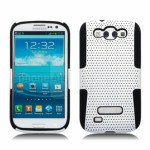 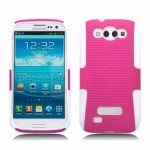 We’ve heard that several other case makers are preparing Galaxy S4 cases, but the only date we’ve heard is June availability for one of the cases. This type of lead time allows the case maker to fine tune the case design after the Galaxy S4 launches, rather than using leaked renderings.

The Samsung Galaxy S4 will reportedly launch on March 14th at an event in New York City, and a Galaxy S4 release looks good for at April internationally and for May or June in the U.S.

Rumors say the Galaxy S4 will feature a 4.99-inch 1080P Full HD display and may include the new Samsung Exynos Octa 5 quad-core processor and 2GB of RAM. The phone could feature a 13MP camera and run Android 4.2.2 Jelly Bean with a Nature UX overlay when it launches.