Samsung Galaxy S4 Cases Available, But Not Worth the Asking Price

The Samsung Galaxy S4 announcement is set for March 14th, and case makers are already shipping Galaxy S4 cases, but they aren’t worth the price — even at $5.

We saw the first Samsung Galaxy S4 cases appear in mid-February, sporting a Galaxy S3 style design and couldn’t resist ordering three of these Galaxy S4 cases to check out.

A small package arrived three days later, nearly two months before the estimated Galaxy S4 release, containing what the seller claimed were the first Samsung S4 cases available. As it turns out even though the cost of three cases was less than $30 shipped, these Galaxy S4 cases aren’t worth the price.

As you can see in the video below, these Samsung Galaxy S4 cases are definitely based off of the wrong leaked specs. The cases dwarf the Galaxy S3 and one even fits the Galaxy Note 2, which uses a screen half-an-inch bigger than the rumored Galaxy S4 screen.

As the image below shows, the Samsung Galaxy S4 cases which arrived on our doorstep are simply too large to be for a flagship device with a 4.99-inch display. The Galaxy S3 features a 4.8-inch display and it is way too small for these cases, and the Galaxy Note 2 features a 5.5-inch display and fits inside one of the cases. 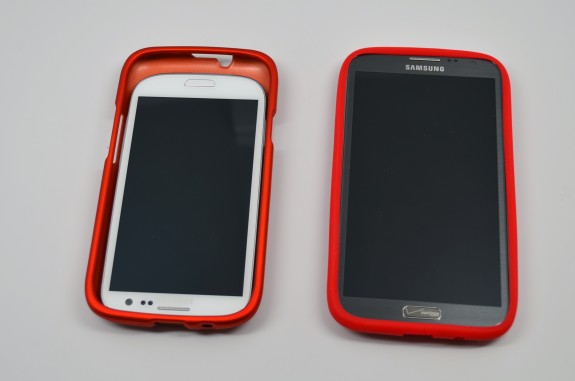 These Galaxy S4 cases are too thick to match up with a flagship phone in 2013.

So how do these cases land on our doorstep months before the Samsung Galaxy S4 release? It’s not a new game, and it’s not exclusive to Android. Once case manufacturers get ahold of some leaked specs they think are correct, they may start producing cases for the next generation devices. We saw this with our iPhone 5 engineering sample and recently with iPad 5 cases that will arrive in the U.S. within the next two weeks.

Sometimes the case manufacturers are spot on and get cases to the U.S. and other locations timed with the release. And other times the cases don’t match up at all. 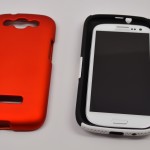 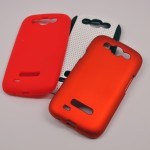 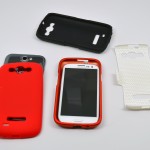 For some retailers and manufacturers the risk is worth taking because the cost of producing these Galaxy S4 cases is likely under $1 and the retail pricing is as high as $30. This sales sheet below comes from a case maker in China who is offering iPhone 5 cases for as low as 70 cents.

Samsung Galaxy S4 cases from china are cheap to produce, with a potential for high profits.

With markups this high, chances are taken, and in this case, it doesn’t pay off. Though we may see Cell Jewel and others still selling these cases after the release. A second set of Galaxy S4 cases looks more promising, but they are not for sale yet.

Read: 10 Ways the Galaxy S4 Could Beat the iPhone 5

Samsung will announce the Galaxy S4 on March 14th at an event in New York City. Rumors and leaks point to a 4.99-inch 1080P Full HD display and a quad-core processor, both of which could be made by companies other than Samsung. We expect a very nice camera, possibly a 13MP sensor and a new design.