Samsung Display is reportedly ramping up production of the 4.99-inch Full HD display which sources expect will debut in the Galaxy S4 in March.

Samsung first showed off the 1080p HD display on a roadmap at CES 2013 in early January, and it appears that Samsung Display is ready to, or has already started mass production of the new 4.99-inch Full HD display.

According to the report from Korean news organization DDaily, discovered by SammyHub, Samsung Mobile needs the new Samsung Galaxy S4 displays to be ready for early March.

It is expected that this 4.99-inch display will show up first in the Samsung Galaxy S4 which rumors suggest will launch in March with the official Galaxy S4 release in April. 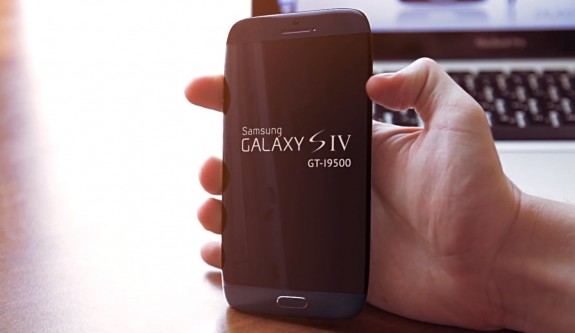 The Galaxy S4 display production is reportedly starting for a March launch.

Samsung is doing a very good job at keeping the Galaxy S4 a secret, with strict supply chain management and security. So far the heightened security prevented any leaks of the actual Galaxy S4 parts or photos of the Galaxy S4. Numerous Galaxy S4 renders claim to bring the rumors to life, but are based more on fantasy and the Galaxy S3.

While the 4.99-inch full HD AMOLED display is as good as confirmed as the Galaxy S4 display, much about the phone is unknown. The Galaxy S4 will certainly use a quad-core processor, and it is possible that it will be the new Samsung Exynos Octa 5 processor debuted at CES 2013 and shown off on Twitter.

Other rumors point to a 13 MP rear facing camera, though there are few details known about the sensor or quality. The camera will likely include software features similar to those found on the Galaxy S3 and Galaxy Note 2, like Best Face and the ability to take photos while shooting video.

Rumors say the Samsung Galaxy S4 will include a 2600 mAh battery, which is larger than the battery in the Galaxy S3. The battery should be user-replaceable and rumors indicate that Samsung will offer an official wireless charging kit, but that it will not be built-in.