If you’ve ever wished your front facing camera had just a smidgen more room to take self-portraits and snap shots, Samsung has got just the thing, a dual camera mode.

Announced today during Samsung’s Unpacked event, the successor to the wildly popular Samsung Galaxy S3, the Samsung Galaxy S4, will ship with an enhanced camera application that will allow users to seamlessly blend shots from both their front and rear-facing cameras at the same time. 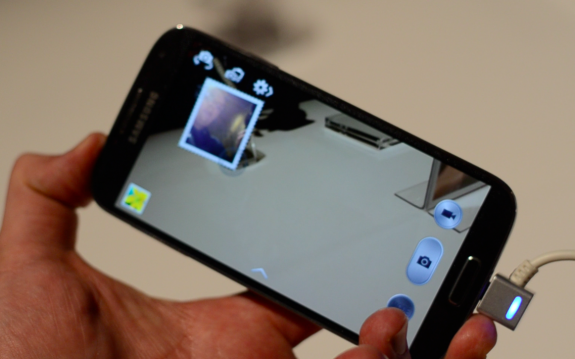 The Samsung Galaxy S4 can take photos with the front and rear camera at the same time.

This feature will ship as a part of the device’s upgraded version of TouchWiz, a custom layer of software created exclusively to differentiate their flagship Android devices from the flagships of other Android original equipment manufacturers. Other notable enhancements to TouchWiz’s camera application include new filters for changing the color balance of your pictures, and a Sound & Shoot mode that records ambient noise as while you’re snagging audio and video.

Camera technology has become a battleground for smartphone vendors in the last few years, for example, Samsung rival Nokia is now consistently shipping high-end devices with PureView, a stable of hardware and software upgrades dedicated to attracting those looking for enhanced imaging technology that can allow them to leave their traditional cameras at home. 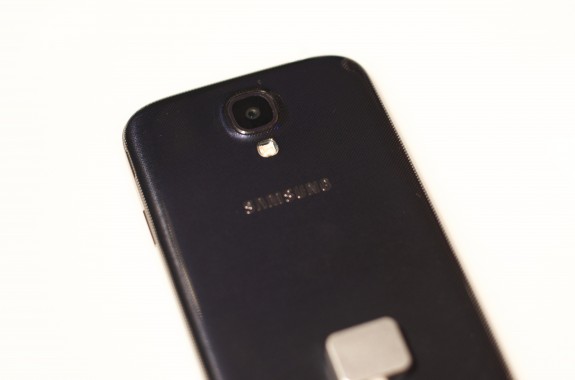 Though these changes mark a huge improvement in native camera abilities of the Galaxy S4, Samsung was also careful to throw a bone to those holding out for more powerful camera hardware. The Galaxy S4 will ship with a 13 megapixel in addition to these software enhancements, leaving those who’ve resisted the company’s smartphone imaging efforts on the basis of sheer megapixel amounts little room to talk their way out of finally dropping their point-and-shoot for the Galaxy S4.

The Samsung Galaxy S4 will be made available to all four of America’s largest cellphone carriers, though only Sprint has confirmed any sort of launch window. Their users will be able to purchase a version of the device sometime in the second quarter. That pegs the launch at sometime between April and June. Additionally, prepaid service Ting has also confirmed that its users will be able to pick up the device as well.