The half-dozen screenshots appear to confirm most of the Samsung Galaxy S4 rumors we’ve been sharing. If these images are real, it looks like we know almost everything about the Galaxy S4 ahead of the launch event.

Even though we don’t know what it will look like, we think we have a pretty good idea what Samsung will show off on the stage. 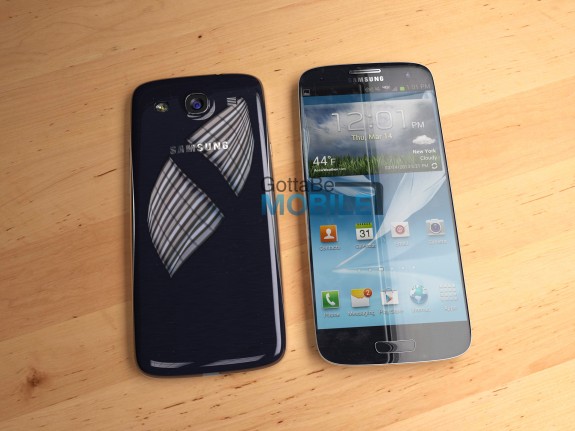 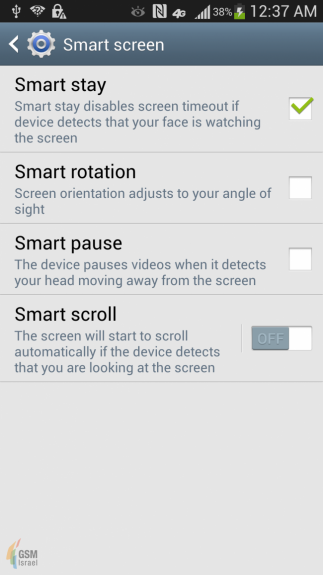 The Samsung Galaxy S4 screenshots show the Smart Stay feature from the Galaxy S3, as well as the new Eye scroll feature, which is renamed Smart scroll. This feature allows users to scroll the screen while they are looking at it without touching the display, so it is possible to scroll through a webpage or other list without touching the device. The screenshot also shows Smart pause, a Galaxy S4 feature that pauses a video when you look away.

In a Galaxy S4 screenshot showing the processor, we also see the Multi-Window View tray icon, which is now transparent. Users can tap or pull on this icon to access apps that can run side by side on the screen at the same time. This is a popular feature on the Samsung Galaxy Note 2, and it looks like it will also be on the Galaxy S4. 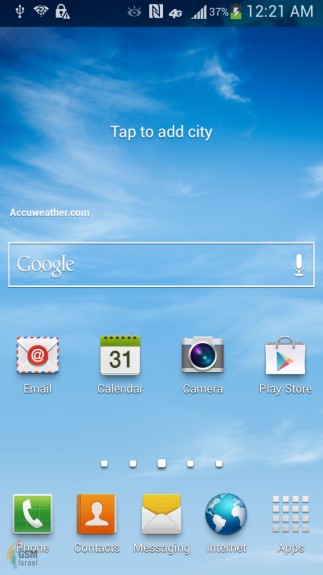 The new Touchwiz home screen on a Galaxy S4, with an AT&T 4G logo.

We also see a feature labeled Blocking Mode, which is available on some versions of the Galaxy Note 2 and Galaxy S3. Blocking mode is Samsung’s version of Do Not Disturb. By turning it on, users can block incoming calls and all notifications with the push of a button. Like Do Not Disturb, Blocking mode allows users to set times to turn on and off and to whitelist contacts.

The collection of Samsung Galaxy S4 screenshots also show the new version of Touchwiz, which appears to use a partially transparent notification tray. The screenshots show an AT&T 4G indicator in the upper right, which is not a surprise, but the first time we’ve seen it on the Galaxy S4.

The claimed Samsung Galaxy S4 screenshots also reveal specs similar to those we are expecting based on months of rumors. 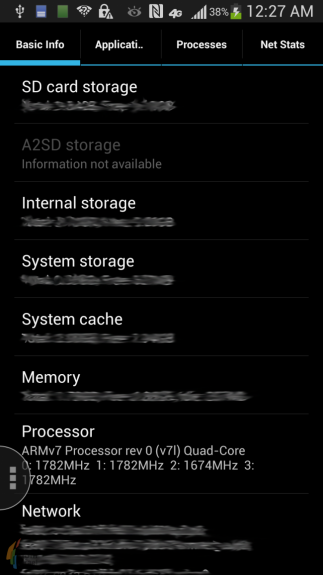 GSM Israel claims the phone will use 2GB of RAM, which lines up with rumors. The same screenshot appears to confirm the existence of a Micro SD card slot for expanded memory.

The next Samsung Galaxy S4 screenshot shows display details. We see a 1920 x 1080 resolution, with an estimated screen size of 5-inches. The Full HD resolution combines with the 5-inch screen size to deliver a 440 pixel-per-inch rating, which should help deliver sharp and scrips images and text. 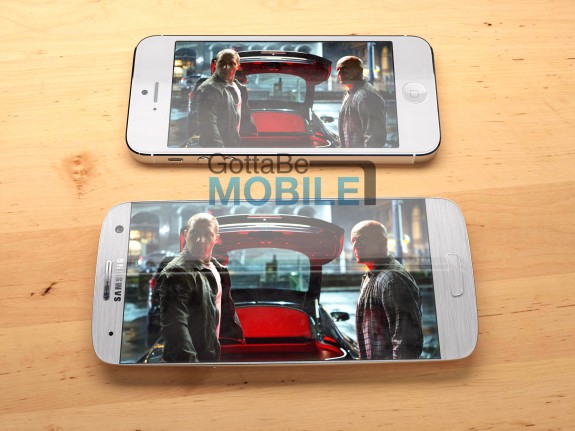 THe Samsung Galaxy S4’s 5-inch display with a 1080P Full HD resolution could give the iPhone 5 and even the rumored iPhone 6 a run for their money.

We also see a screenshot of the Samsung Galaxy S4 camera app which shows a 13MP option. This backs up earlier reports of a 13MP sensor on board the Galaxy S4. Rumors indicate that it may be the same as the Sony sensor used in the Sony Xperia z.

Samsung will take the stage in New York City on March 14th to unveil the Samsung Galaxy S4. The company is also planning a public event on March 14th in Times Square.

Samsung has all but confirmed the Galaxy S4 will use a plastic design, and we run down the details of the Galaxy S4 in the video below, as well as show off more of our Samsung Galaxy S4 concept.

Gotta Be Mobile will be at the Samsung Galaxy S4 event to bring you coverage of Samsung’s next big thing.