Starting today, users in the United States have two new regional carriers to choose from when purchasing Samsung’s latest flagship, the Galaxy S4.

The Galaxy S4 for C Spire users will include a few apps to help solidify the experience for its users. Wi-Fi On will allow users to use what C Spire calls the world’s “largest Wi-Fi network”, presumably for when the company’s 4G LTE service isn’t an option. The carrier’s Vu app will come included on their version of the Galaxy S4 too, that way users can change their ringtones and wallpapers on their device easily. 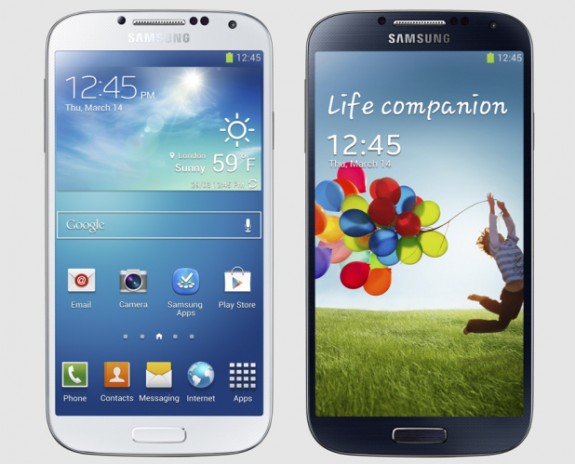 The Samsung Galaxy S4 is now available to C-Spire and MetroPCS users.

C-Spire says its users can pick up the device in its stores or on its website immediately. Color options include Black Mist and White Frost.

While it seems MetroPCS users won’t be treated to any carrier specific applications, they will be able to pick up the device for just $549 instead of the $629 and upwards that users on other carriers pay. As MetroPCS is a contract-free carrier, the company won’t be offering any kind of discount pricing up front. Instead users will have to pay the full $549 for the device.

The MetroPCS Galaxy S4 is only available in Atlanta, Hartford, Philadelphia, Boston, Las Vegas, San Francisco, Dallas – Ft. Worth and New York City, however the company does say that it plans to expand release the device in more cities in the future. MetroPCS didn’t detail what colors it would be offering to users.

Unfortunately, neither offers the upgraded 32GB version of the device for music, pictures and media storage. Instead users have to make use of the microSD card slot that comes built into the device. The 32GB Samsung Galaxy S4 is still exclusive to AT&T wireless.

Users can pick up the device on C-Spire and pay only $80 a month using the carrier’s Unlimited Lite plan. MetroPCS plans start at a relatively paltry $40 for the device. By comparison, users on the nations’ largest networks might have to pay upwards of $90 a month for two years to get lower pricing on the device itself. They’d also have to sign up for a two-year service agreement on every carrier except T-Mobile.

The Samsung Galaxy S4 debuted on AT&T, T-Mobile, Verizon and Sprint earlier this year. Currently, the device is the cheapest on T-Mobile at just $99 up front and monthly payments of $20 in addition to each month’s bill.

The device features a 1.9 GHZ processor with four cores for processing information, a spacious 5” inch HD display and a 13 megapixel camera for taking photos.