At CES 2013, Samsung and Qualcomm both made big announcements. Samsung revealed its Exynos 5 Octa processor, an octo-core chip that sports eight different cores, but only uses four of them at a time, depending on usage. Qualcomm on the other hand introduced not one, but two new quad-core chips in the Snapdragon 600 and the Snapdragon 800. 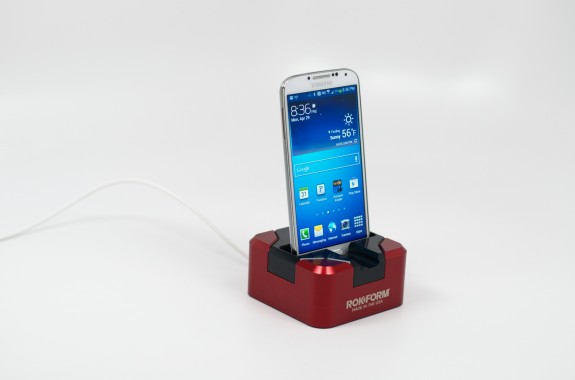 The Samsung Galaxy S4 could get a Snapdragon 800 processor.

The Snapdragon 600, like the Exynos 5 Octa, has appeared in the variants of the Samsung Galaxy S4, Samsung’s latest flagship smartphone, providing users with good performance and efficient battery life.

It appears that Samsung may not be done with the Galaxy S4 after it releases the Galaxy S4 Mini, Galaxy S4 Active and Galaxy S4. RBMen discovered a benchmark that points to a new Galaxy S4, possibly called the Galaxy S4 Advanced, that may be sporting a Snapdragon 800 quad-core chip. The AnTuTu benchmark showcases a chip running at around 2.3GHz and a device running Android 4.2, not Android 4.3.

The device will reportedly land with the new processor in and around August, ahead of the Advanced-LTE roll out in Korea. This points to it possibly being an exclusive in Korea though because the device is unconfirmed, and benchmarks can easily be faked, it’s impossible to say if, when, or how this device will launch.

Surely, there will be plenty of consumers hoping for a launch elsewhere as the Snapdragon 800 is a powerful processor and one that is rumored to be coming inside the Galaxy Note 3.

Qualcomm’s Snapdragon 800 is not only going to improve performance over the Snapdragon 600 but it should bring features like quicker charging, better battery life, support for more game engines and more. It’s a powerful chip and one that should arrive on a number of high-end smartphones and tablets before the end of the year.

Whether it comes to the Samsung Galaxy S4 or not remains to be seen but judging by Samsung’s aggressive launch, it can’t be ruled out just yet.