Select Staples stores sell wireless service from Verizon, AT&T and T-Mobile, and a leaked document appears to fill in one of the most sought after Galaxy S4 release details.

The Staples Samsung Galaxy S4 release preparation details, found on Engadget, allegedly show tentative release dates for the device on three of the five launch partners. T-Mobile confirmed the May first Galaxy S4 release timing in March and AT&T is taking pre-orders on April 16th, something T-Mobile may also do. 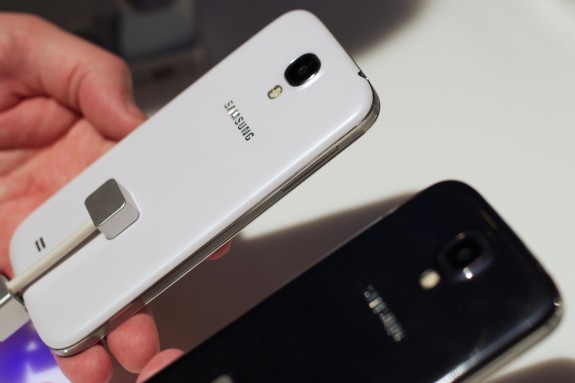 The Verizon Samsung Galaxy S4 release date may arrive a month after AT&T and T-Mobile.

The document makes clear that these dates are not set in stone, but an April 26th release on AT&T is possible given pre-orders start almost 2 weeks earlier. AT&T used similar timing for the HTC One pre-order and release.

The Verizon Galaxy S4 release date is allegedly coming a month after the device hits AT&T and T-Mobile. Verizon did not yet announce a pre-order or release for the Galaxy S4, which makes a late May launch plausible. Adding to the possibility of a late Verizon Galaxy S4 launch is the fact that the Samsung Galaxy Note 2 launched three weeks later on Verizon than on AT&T. 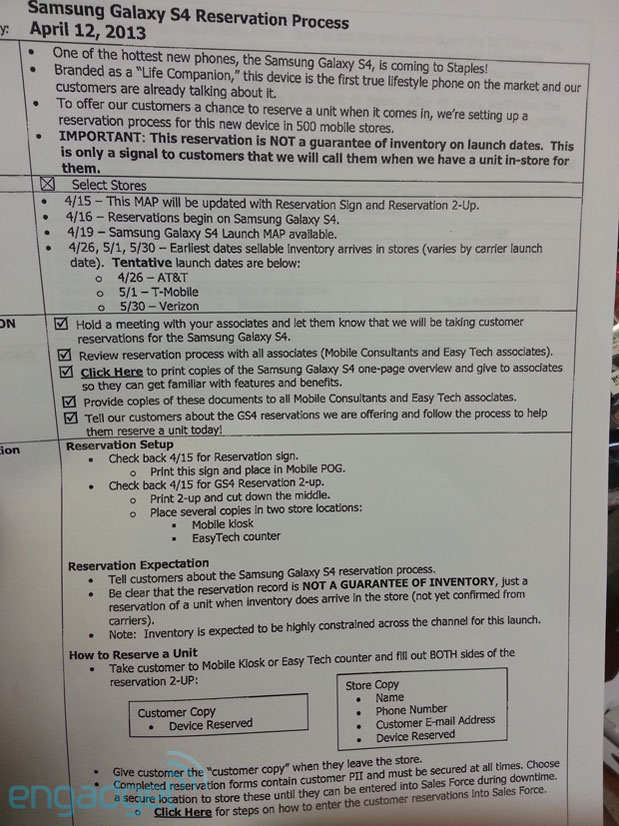 The document doesn’t detail a Sprint Galaxy S4 launch, which isn’t surprising. Staples doesn’t partner with Sprint in the mobile stores. The last nugget of information from this alleged Galaxy S4 release date tell all is that supply is expected to be limited at launch.

Even though these release dates are plausible, this document can not be verified. A former Staples employee tells Gotta Be Mobile that the wording of the document isn’t quite right based on previous Staples documents, so there’s a chance we could see a faster Verizon Galaxy S4 release.

Samsung is counting on TouchWiz, sensors and smart features to outsell the HTC One, an all metal smartphone hitting the market days ahead of the Galaxy S4. Some of the Samsung Galaxy S4 features include motion control and eye-tracking as well as the ability to hover a finger over the display and preview an item. The Samsung Galaxy S4 also features Multi View, the ability to run two apps on the screen at one.