The Samsung Galaxy S4 is more than just thinner, lighter smartphone with a bigger 1080P HD display, it also packs in a collection of smart software features that the match and beat some of the best iPhone 5 features available.

Samsung hopes that these new software features will combine with the upgraded hardware to deliver a smartphone that can unseat the iPhone 5 and withstand the HTC One launch.

In the short video below we cover some of the most exciting Samsung Galaxy S4 features. We also highlight a few in the description afterwards that we weren’t able to capture on video while at the event. 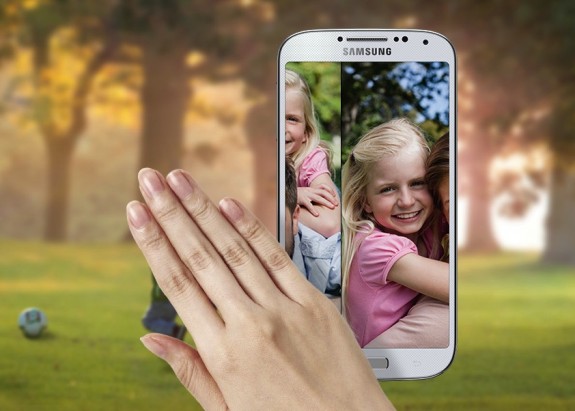 A wave can control the Samsung Galaxy S4.

The Samsung Galaxy S4 features several motion controls that allow users to control the device without touching the display. In the video we show how users can navigate a webpage with a hand gesture. Users can also answer or ignore a phone call with a similar gesture. 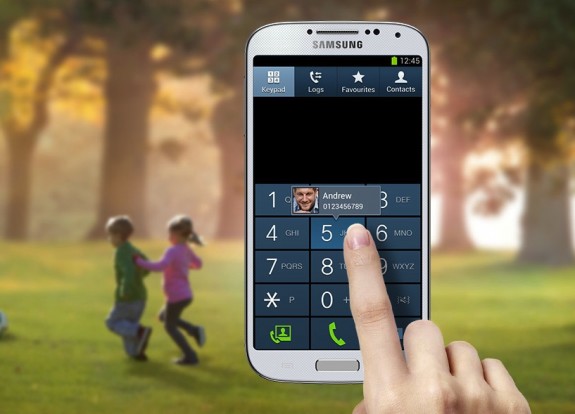 Use Airview to see more info without touching the screen.

Perhaps one of the most impressive features is that the Galaxy S4 is able to pull off AirView thanks to sensors. This feature comes over from the Galaxy Note 2, but it doesn’t require the S Pen. With Air View, users can hold their finger above the screen for a preview of a message, a photo and more. 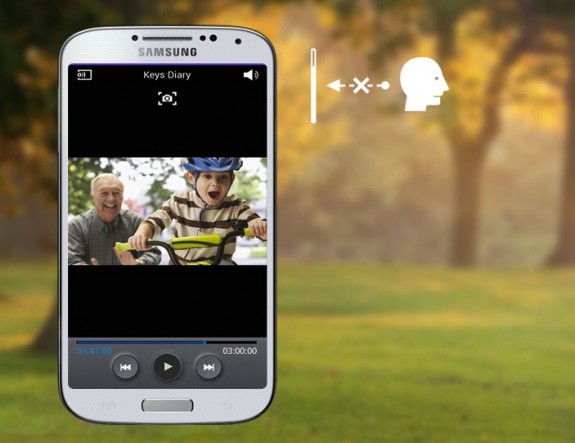 Look away to automatically pause a video on the Galaxy S4.

With Smart Pause, the Samsung Galaxy S4 will automatically pause a video when the user looks away. This is a handy feature, but not a killer feature on its own.

The Samsung Galaxy S4 includes one of our favorite Galaxy Note 2 features. With Multi-View, users can run two apps at the same time on the 5-inch 1080P HD display.

Based on past experience the apps may vary from carrier to carrier, but the feature is definitely one of our favorites. Check out how the Multi-View feature delivers better mobile productivity to see why this is such a big deal.

S Voice Drive is new for the Galaxy S4.

Samsung delivers an upgrade to S Voice with the Samsung Galaxy S4. The phone now includes a driving mode that is designed to help users drive without distractions and get information they need without the need to upgrade to a better in dash system or buy a new car with a built-in infotainment system. 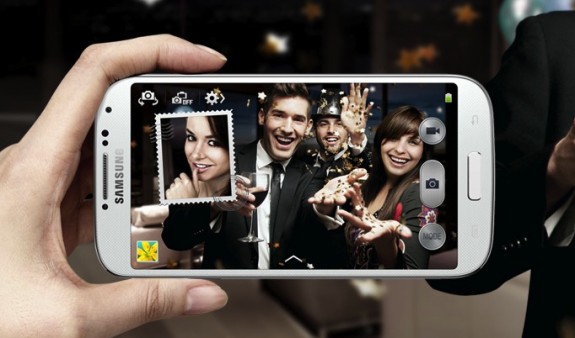 Stay in the picture with Dual Camera Mode. 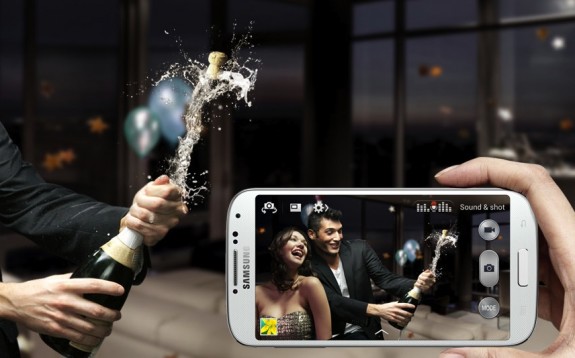 With sound and shot you can send a photo that includes a short message or sound.

The Samsung Galaxy S4 camera app can record a short snippet of sound with a photograph to spice things up. This can be something that happens during the photo or a short message after it is taken. 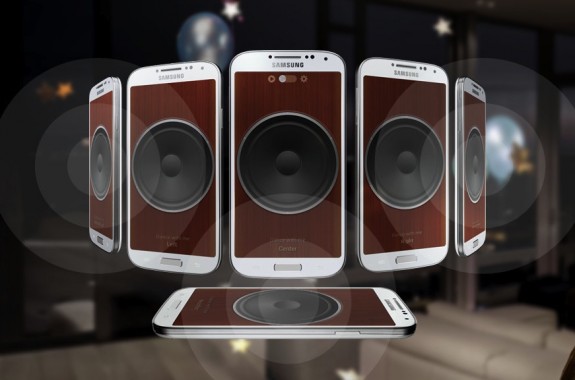 Stream audio over up to eight Galaxy S4 devices.

With the Samsung Galaxy S4, up to eight of devices can join together to turn the phones into a makeshift party station or even a surround sound system for watching a movie. The devices pair together over their own WiFi network, without the need to all connect to a home or work network. The devices offer independent volume control and let users pick what songs to hear next.

Thanks to the eye-tracking technology that is built into the Galaxy S4, the phone allows users to scroll without touching the display. Once the device detects a user is looking at the Galaxy S4 tilting the phone forward or back will scroll up or down. This is handy for reading a long web page while in bed or perhaps while stall surfing. 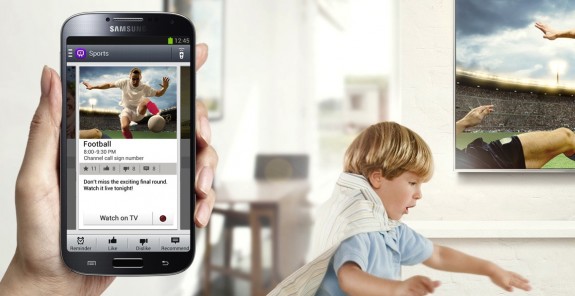 Control your HDTV with Samsung WatchON and the IR port.

The Samsung Galaxy S4 features an IR controller in the power button which pairs with the Samsung WatchON software so that users can control their home theater system without the need for a separate remote. 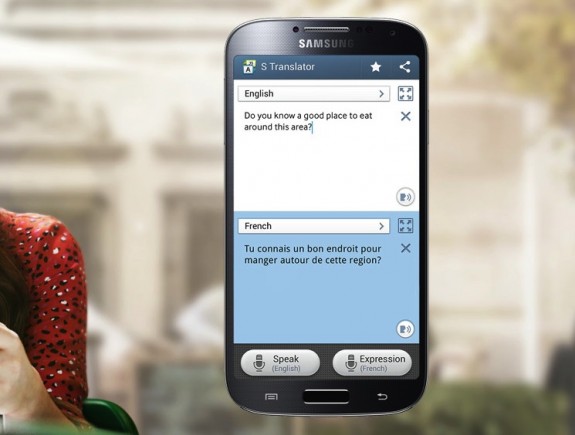 An example of the S Translator in action.

We couldn’t get the Samsung S Translator software to work during our hands on, due to the noisy room and poor connectivity, but this should allow users to quickly translate between English and a number of other languages by speech or by text.

S Health includes a number of cool software features that rack exercise, walking, food intake and can pair with accessories to track blood glucose, blood pressure, weight and sleep habits. Some of these require Samsung Galaxy S4 accessories, like a S band fitness tracker, a heart rate monitor or a scale.