The Galaxy S5 isn’t the only smartphone Samsung has in store for early 2014, and now that its been fully revealed we’re starting to see reports regarding what’s next.

In the usual Samsung style and just like years past, Samsung is preparing to release a Galaxy S5 Active according to one leakster, reportedly bringing the durable smartphone to multiple U.S. carriers. The popular @evleaks is claiming a new device “SM-G870x” will be the Samsung Galaxy S5 Active, which will arrive after the original Galaxy S5 in mid-April. 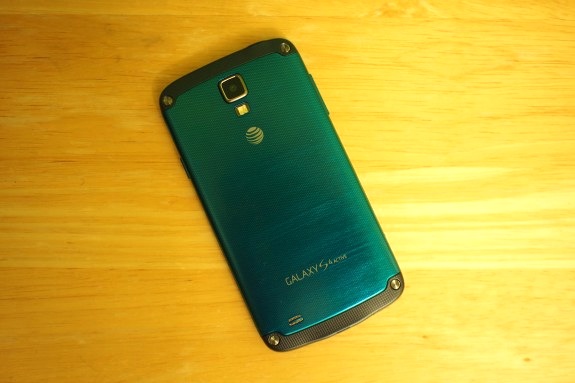 Following the release of the flagship Samsung Galaxy S4 last year, the company eventually released the Galaxy S4 Active on multiple carriers, but the device was met with more than a few issues. They replaced the capacitive touch buttons with three dedicated hardware buttons, made the smartphone more durable, and reportedly water resistant.

The problem was the seal on back wasn’t quite perfect, and multiple reports (and even reviews) surfaced stating this “water resistant” phone, actually didn’t handle the watery conditions. Well, Samsung’s apparently fixed those problems and feel confident enough to release another with the Galaxy S5 Active.

At this point these are only rumors, but following Samsung’s previous release cycles we very well could see a Galaxy S5 Active arrive in time for the summer months. The only problem we see is the current Galaxy S5 is already IP67 dust and water resistant. Releasing another doesn’t seem to practical, unless it offers a much improved durable construction, and is also shock proof.

If the leaks are accurate the Samsung Galaxy S5 Active will come to AT&T, Sprint, and possibly even other carriers at a later date.