For a growing number of users, the demand for long battery life is bigger than the need for a slim phone. When it comes down to adding battery life it’s unlikely that we’ll see a bigger Galaxy S5 battery solution than this one.

ZeroLemon is known for making huge extended batteries for Samsung smartphones and they just arrived with a 7,500mAh extended Galaxy S5 battery option that retails for $49.99 on Amazon. 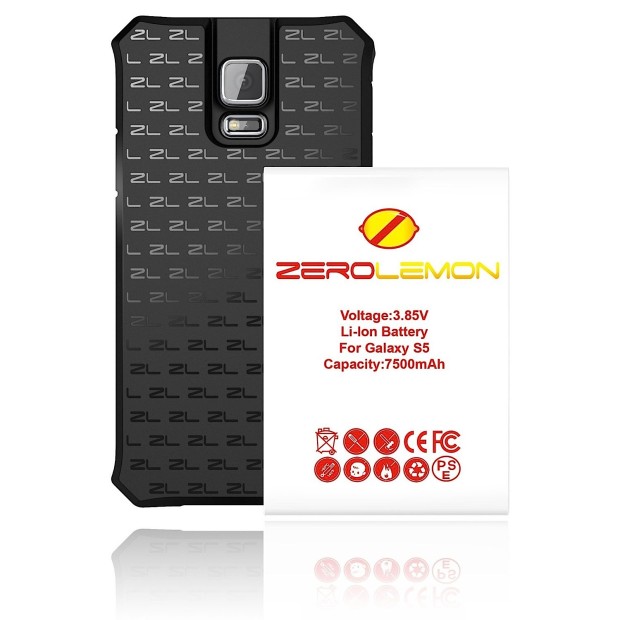 This is a large Samsung Galaxy S5 Extended Battery solution.

There’s no doubt that this is a big battery, and with that much power it is sure to last a very long time. Even under heavy use this battery should deliver days of battery life to users, and at $50 it’s only $20 more than the official spare Galaxy S5 battery.

Read: How to get Better Galaxy S5 Battery Life

So, what’s the catch? We’ll with a large capacity comes a huge battery. Gone are the sleek lines and the dimpled back of the Galaxy S5 that you purchased and in its place is a large TPU plastic back that needs to fit over the bulging battery. The image below shows what this looks like on the Galaxy S5. This case does add protection with shock absorbing corners, but it is not the prettiest case to look at. 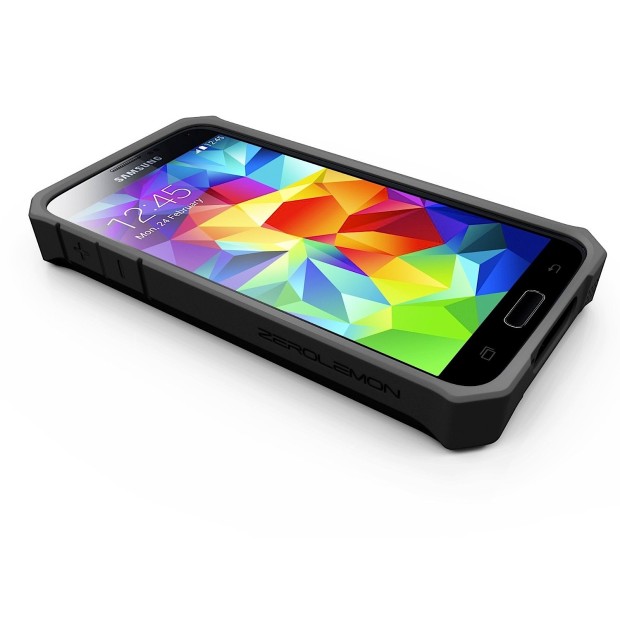 This black plastic case replaces the back of the Galaxy S5.

Users remove the back and the stock Galaxy S5 battery and place this new extended battery in place. Then they must fit this large case over the back without replacing the original back. this new case includes indents to press the volume and power buttons and openings for headphones, IR and microphones but does add bulk. It looks this case will still allow users to place a finger in the camera opening area to use the heart rate reader that is built-in to the flash area. There is no back opening for the speaker, but it is apparently routed through the case to the bottom of the phone.

On top of adding bulk, users that want to install this Galaxy S5 extended battery also need to give up one of the best features of this phone. This new case is not able to seal to the back of the phone so your Galaxy S5 is no longer water-resistant. If you absolutely need more battery life than most people know what to do with, this tradeoff makes sense, but for the average user it’s a tough sell. 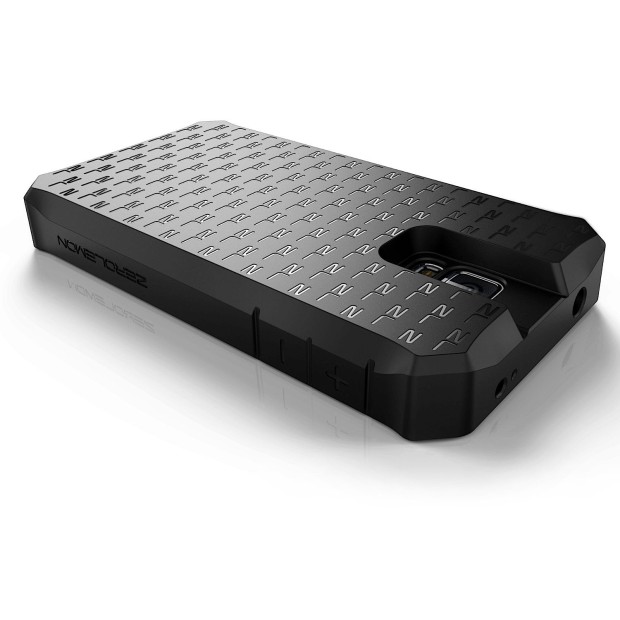 Unlike some extended batteries there is no need to give up NFC support for making payments with Google Wallet or using S Beam. This battery supports NFC just like the standard battery. Buyers get a 180 day warranty and a 30 day Amazon full refund guarantee in case this Galaxy S5 extended battery.

If you buy this extended Galaxy S5 battery you will need to put up with two small oddities in charging and battery life percent displayed due to the sheer size. When using the phone the battery will sit at 3% remaining for a long time. This is normal for this battery. When you charge the phone you cannot just take it off the charger when the software says the extended battery is done charging. Instead you should leave it on the charger for up to three hours more.

For the average user it may be a better deal to buy a spare Galaxy S5 battery for $30 and keep int at the office, in the car or in a bag so that it is still possible to keep the design and water-resistant features of the Galaxy S5. Users can also buy a backup battery for about $30 on Amazon that can combine with the internal battery to deliver about the same amount of overall power. With solution like this there is no need to hold a bulky phone all the time, but you will need to carry a battery and a cable.

The Samsung Galaxy S5 is available on all major carriers in the U.S. and early reports indicate good sales so far which could mean additional extended battery options and accessories in the coming months.