The Samsung Galaxy S5 features list takes another hit as rumors chip away at potential advances in the technology tucked inside the new Samsung smartphone.

Samsung is reportedly a month away from launching the Galaxy S5 and is making the tough decisions about which Samsung Galaxy S5 features make the cut as executives dial in the final set of features and technology for the upcoming phone.

A new report from Korea suggests Samsung is cutting new wireless charging technology from the Galaxy S5, which joins iris scanning as a feature we won’t likely see on the Galaxy S5. 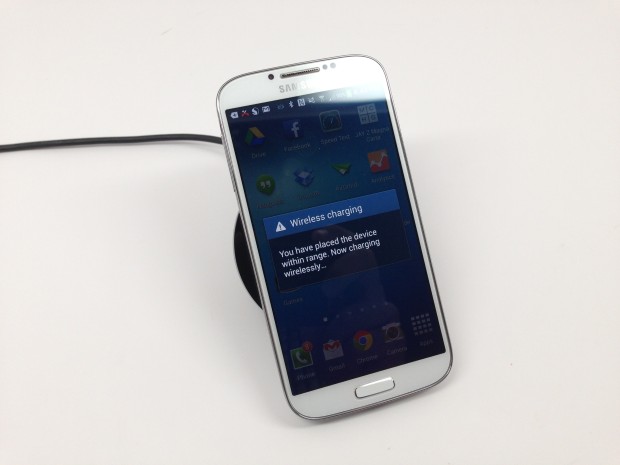 If this is an exciting feature that you would love to see in the Galaxy S5, you may need to wait for the Galaxy Note 4 release to enjoy it. In a new report from a Korean news publication, spotted by GforGames, industry sources say Samsung will not include it on the upcoming Galaxy S5. The problem isn’t that this tech isn’t ready, but that Samsung isn’t convinced consumers will pay more for it and that they can use it as a marketing point to sell more Galaxy S5 devices. A rumor in October also pointed to this tech skipping the Galaxy S5.

From a price standpoint the latest rumor suggests Samsung is keeping Galaxy S5 price the same as the S4 which did not ship with wireless charging of any kind. While consumers are not sold on wireless charging, the fact that this new wireless charging tech is much closer to the no wires at all needed does seem like a standout feature that could help Samsung sell more units. 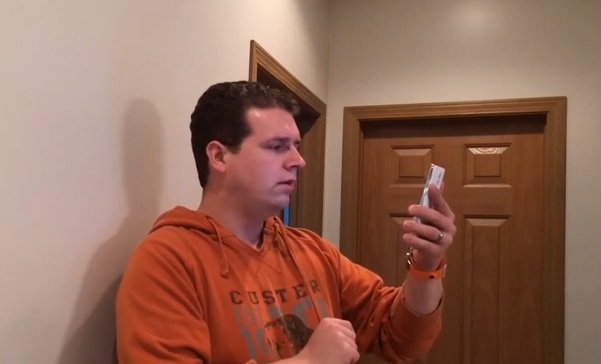 The Samsung Galaxy S5 features list is whittled down by new rumors.

As smartphone companies look for innovations that consumers will actually use the security of an iris scanner is one that continues to make the running rumor list. In October we demonstrated a technology that uses an eyeprint to unlock the Galaxy Note 3, which could in theory work on the Galaxy S5, but the feature isn’t perfected yet.

The Samsung Galaxy S5 announcement is set for February 23rd according to the latest leak and the Galaxy S5 release date will take place in April according to that same source. Other leaks indicate a new version of the Samsung TouchWiz software that is exclusive to Samsung devices will take a cue from Google Now with cards to share information about relevant activities, alerts and more.