The Samsung Galaxy S5 has only been available for roughly two months in the United States, but the manufacturer isn’t slowing down and just announced yet another variant of the popular Galaxy S5. With the regular model available through all carriers in the U.S. and around the globe, consumers are looking forward to what else is in store.

Today Sprint and Samsung jointly announced the all-new Samsung Galaxy S5 Sport, coming later this July in Electric Blue or Cherry Red. The phone will arrive just in time for the summer months, and is geared for outdoor activities loaded with a brand new Sprint app bundle aimed at health and fitness. 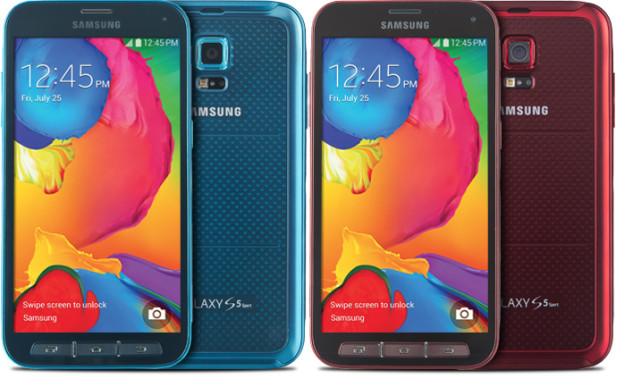 The Samsung Galaxy S5 Sport from Sprint has partnered up with Under Armour and MapMyFitness to be the ultimate health and fitness tool, while also being a rugged dust and water-resistant flagship Android 4.4 KitKat smartphone. This isn’t the first time we’ve seen a durable device from Samsung, and may not be the last.

Blending the good looks and casual design of the Samsung Galaxy S5, without getting too industrial and rugged as the Active, the new Galaxy S5 Sport aims to be a perfect middle ground for those looking for something a bit more robust. At least according to Sprint and Samsung.

The same textured design is shown in the image above on the back, only the Galaxy S5 Sport is extra textured for added comfort and extra grip, meaning you won’t drop this thing even if it’s wet, or you’re sweating from a hard workout. Users will enjoy the physical dedicated buttons on the front, flaps covering all ports for the water-resistant IP67 certification, and the new Sprint Fit Live App Bundle mentioned above. 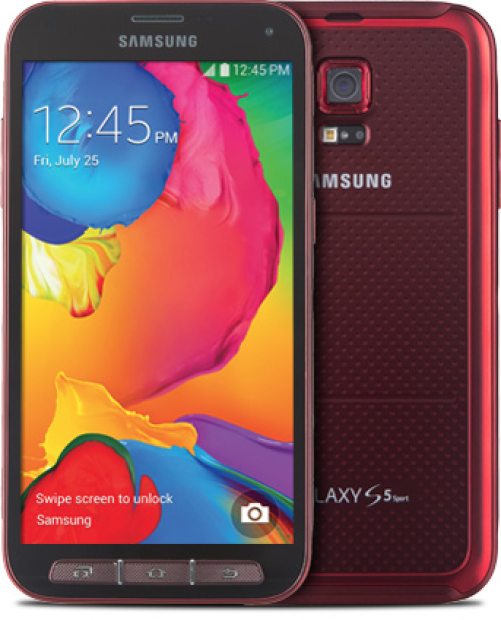 The Samsung Galaxy S5 Sport has the same 5.1-inch 1080p HD display, 2.5 GHz quad-core processor with 2GB of RAM and 16GB o storage for apps, games, and music while you’re out and about being sporty. However, Samsung and Sprint’s new Fit Live bundle aims to improve your options. Users who buy the new Galaxy S5 Sport on Sprint get 6 months of Spotify music-streaming absolutely free, as well as a free year subscription to MapMyFitness, an Under Armor company.

Using the built-in heart rate monitor under the 16 megapixel camera on the rear, the Galaxy S5 Sport will be the ultimate fitness and health companion device. Otherwise the device enjoys the same Android 4.4 KitKat software as other versions, and will be the same experience most Samsung users enjoy.

The brand new Samsung Galaxy S5 Sport will be available July 25th exclusively through Sprint for $0 down, and 24 monthly payments of $27 with Sprint’s Easy Pay. Of course users will also be able to sign a 2-year contract and likely get the smartphone for the usual $199 price model of previous devices.