The Samsung Galaxy S line of smartphones spans the Galaxy S3, Galaxy S4 and the new Galaxy S5 with many carriers offering the two most recent versions for sale online and in-stores. For shoppers looking to save cash the Galaxy S3 and Galaxy S4 are tempting options, that can help users save a little cash, but offer fewer features to buyers who are locking into a two-year contract.

The  Galaxy S5 is the newest smartphone from Samsung; with a larger display, fingerprint reader and many other new software features that round out the experience. Samsung also includes a new design that is water-resistant and features a new soft-touch finish on the back of the device.

Many carriers still sell the Galaxy S4, which arrived in 2013 and the Galaxy S3 which landed in 2012. There is always a temptation to buy the latest and greatest, but there are some features that only come on the latest model.

In this comparison we’ll look at how the three phones stack up, and hopefully help buyers pick the best smartphone for their needs.

This nine-minute video shows how the Galaxy S5, Galaxy S4 and Galaxy S3 compare. We run through a variety of updates and major features that buyers need to be aware of before updating.

All of these phones are on sale today at major U.S. carriers, though the Galaxy S3 is only an option at retailers or on pre-paid options. The Galaxy S5 release arrived on April 11th, pushing the price of the older Galaxy smartphones down.

Most big carriers are not selling the Galaxy S3 at this time, but it is a popular pre-paid option on Virgin Mobile and Straight Talk where it is more affordable off-contract. Best Buy and Amazon also sell the Galaxy S3 on most major carriers for a penny or a dollar with a two-year contract.

The Samsung Galaxy S4 is a good deal with contract prices of $50 to $99 at carriers and deeper discounts on Amazon and Best Buy where shoppers can get the Galaxy S4 for as low as a penny on a two-year contract. 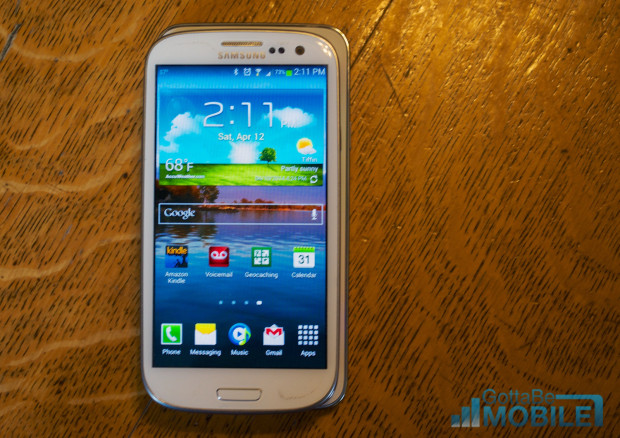 With discounts there is not as big of a price difference as many consumers would expect.

Shoppers can find the Samsung Galaxy S5 as low as $99 at Amazon, but most shoppers will need to settle for a $168 Galaxy S5 at Walmart. The regular on contract price is $199, but Verizon offers a buy-one-get-one free deal on the Galaxy S5 through April 20th. If you need to pay less up front, but want to get the newest smartphone, look at the $0 down options which often include a cheaper plan and a monthly payment of $25 to $32.50.

Price is  the biggest factor for many smartphone shoppers, but with new plan options and the overall cost of a smartphone plan it is worth looking at all of these smartphones and exploring the various retailers.

After you figure out how much you can spend on a new smartphone, consider the display size and quality you want or need. While the design of your new phone and the materials it is made of are important, the screen is what you’ll spend most of your time looking at and tapping on. 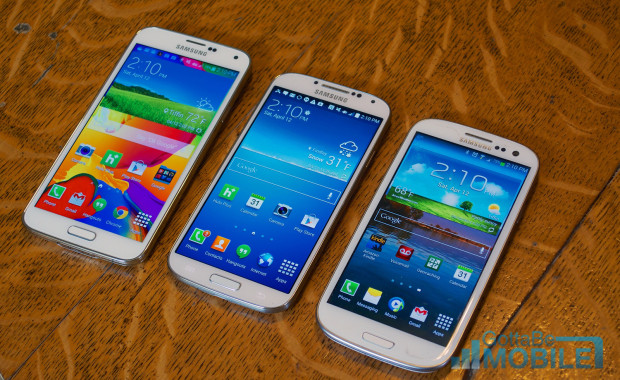 If you can afford it, the Samsung Galaxy S5 display is clearly the best in the bunch. If the Galaxy S5 is too far out of your budget it is a good idea to go for the Galaxy S4 which offers a brighter, higher resolution display than the Galaxy S3.

Over the past three years Samsung made a big push to improve the look and feel of its smartphones. The Galaxy S3 kicked this off, and the Galaxy S4 and Galaxy S5 pushed the build quality and materials forward a little more each year.

The Samsung Galaxy S3 is made of hard plastic that looks ok, but feels like a plastic toy when it’s not inside a nice case. For some users this isn’t a big deal, but for others it is worth exploring the newer phones.

All of these phones are made of plastic but Samsung moved from hard cheap plastic to a soft touch that is a dramatic improvement over the Galaxy S3.

Samsung delivered a new lighter and better plastic for the Galaxy S4, but it is clearly still a plastic smartphone. For users that need to save on a new phone this is a good option with a nice build quality that is a solid upgrade from earlier Android devices.

The best of this bunch is the Galaxy S5 which is made from a soft touch material that feels similar to the back of the first Nexus 7 tablet. The dimpled design and soft touch makes it easier to hold on to and it feels much better than the Galaxy S3. The difference between this and the Galaxy S4 is still something users will feel, but is less of an issue.

Samsung also redesigns the home button area on the Galaxy S5 building a fingerprint reader into the home button and adding a multitasking button on the left, in place of a menu button. The video above shows the new layout.

Samsung also designed the Galaxy S5 with a water-resistant feature that means this phone is able to survive 30 minutes in up to 3 feet of water. This is not something that other Galaxy smartphones are capable of. This rating may seem small, but it can easily mean the difference between drying a phone off and spending a few hundred dollars on a new phone.

All of the Samsung Galaxy smartphones allow users to add storage with a Micro SD card and to swap in a fresh battery by pulling the back off.

As you would expect, Samsung upgrades the camera on the Galaxy S smartphones year after year. The difference between the Galaxy S4 and GalaxY S5 is not as dramatic, but the upgrade from the Galaxy S3 is very noticeable — especially in low light. Check out the camera comparison below to see the difference in a variety of scenarios. 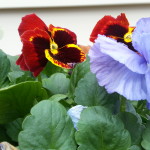 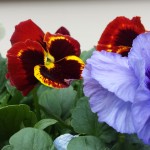 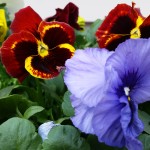 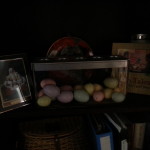 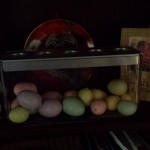 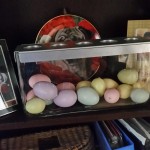 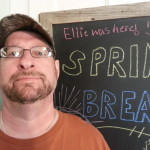 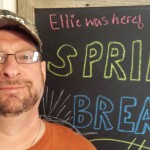 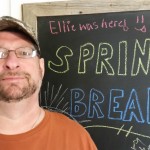 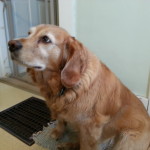 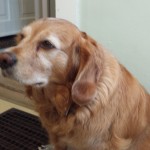 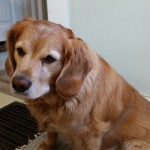 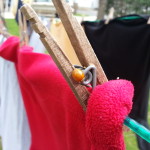 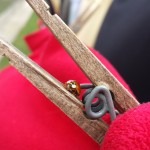 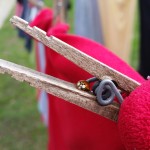 The newest Galaxy smartphone offers the best performance, which is not surprising. During our time using all of these smartphones the Galaxy S5 delivered better performance while doing everything from opening and switching apps to playing popular games.

While this is to be expected, the Galaxy S4 is still pretty quick. It wasn’t until we switched to the Galaxy S3 that speed became an issue. While the Galaxy S3 is much slower, it is still better than many cheap phones from years past.

From a feature standpoint the Galaxy S3 is pretty bare bones compared to the newer devices, but there are still a number of great Galaxy S3 features.

Users that buy the Galaxy S4 gain access to more features and a better overall user experience. There are many Galaxy S4 features that help users do more with the smartphone and dramatically extend the usability of this smartphone.

Samsung Galaxy S5 owners gain more features like the fingerprint reader, and also gain various power saving modes and an emergency mode that helps users keep the Galaxy S5 going much longer by switching the display to black and white and limiting app usage. The video playlist above runs down many of the most popular Galaxy S5 features.

Which Should I Buy?

We recommend buying the best smartphone you can afford, especially if you are buying on a two-year contract. This is how most consumers buy a new smartphone and it is a cheap way to get a new phone, but it does mean living with a phone for two years or paying for an off contract phone that typically retails for $500 to $600.

If you can afford to buy the Galaxy S5, it is the best option out of these three. Not only is this the phone with the fastest processor and most features, but it is the phone that Samsung will support for the longest amount of time. The Galaxy S5 will see software updates for years while the Galaxy S4 is likely to see a year’s worth of updates and the Galaxy S3 is likely on it’s last major update. 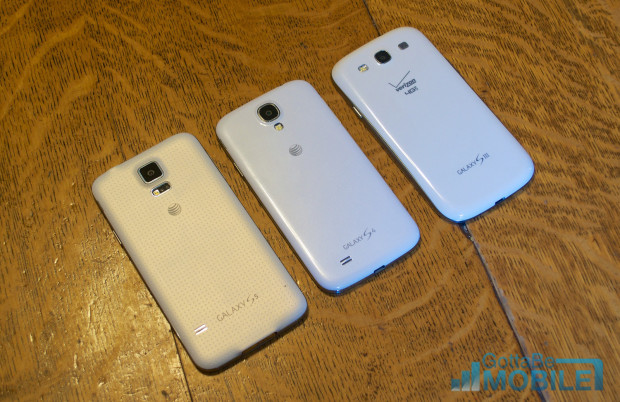 If you want a Samsung Galaxy S smartphone, here’s what you should buy.

Next up is the Galaxy S4 which is something users can buy for as low as a penny on contract. This is a great deal for users that need to save on a phone, but still want something that will last out a two-year contract. Shoppers will need to give up a water-resistant design and other features, but will still end up with a good phone.

At this point it is not a good idea to buy a Galaxy S3 on a two-year contract. Users will end up with a phone that won’t get many upgrades and already feels slow. If you are buying off contract to replace a broken phone this is a good option, and it is a nice pre-paid smartphone for budget users, but most buyers are better off looking at a newer smartphone.