The Samsung Galaxy S6 is in the news again today for multiple different reasons. For one, the manufacturer and partnering carriers have finally announced availability, release dates, pre-orders and pricing in the United States. And for two, we’re now hearing additional reports and rumors about the Galaxy S6 Active.

When Samsung took the stage on March 1st and unveiled the Galaxy S6 it had plenty to offer, and is an excellent new smartphone worth checking out. However, many few feature are missing this year. Things like a removable battery, micro-SD slot for expandable storage, and the IP67 dust and water-resistant features we saw on the Galaxy S5. 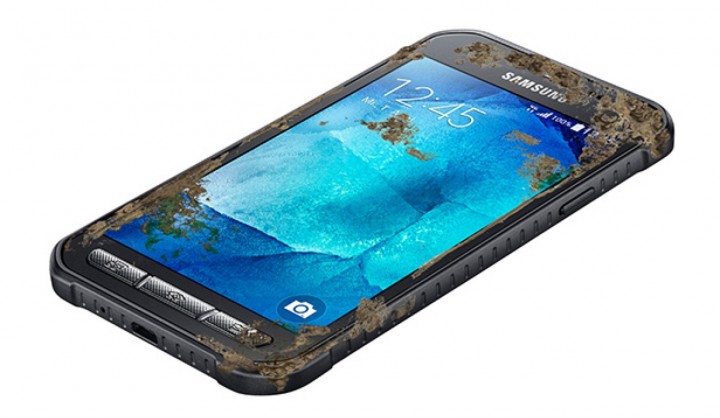 Earlier this month the Samsung Galaxy S6 Active specs and release details were reportedly confirmed in some leaks, and now we’re getting a few more bits of information as a potential release date nears. A user over on Reddit claims to have sat down and talked with a Samsung rep, who showed off a few devices like the Galaxy S6, Edge, and the XCover 3, a device for regions outside of the United States.

Pictured below are all three devices, and this particular leakster claims the new Galaxy S6 Active could look extremely similar to the device on the far right, the Xcover 3. He had addition details about the incoming Galaxy S6 Active in terms of specs, options, and of course the release date.

However, this report claims most of that is accurate, but that the camera won’t be quite as good. Meaning it may be a lower 13 megapixel camera, or just a lower-end 16 megapixel lens. He couldn’t confirm optical image stabilization either, so we’ll have to wait and see. He does state the Active will ditch the fingerprint scanner in favor of three dedicated hardware buttons on the front, similar to previous years, return the water-resistant features (as expected) as well as a micro-SD slot for storage expansion.

His report also claims the specs will be very similar to the Galaxy S6, but that the battery will be much bigger. And finally, the release date is set for summer of 2015. That said, he’s in Europe and a release in the United States could come sooner. Last year the Galaxy S5 Active launched first on AT&T, and a similar option hit Sprint, so we’ll have to wait and see.

For now these are only leaks and rumors, but given the fact that Samsung’s released an Active variant over the past few years lends credence to all these reports. All we need to know now is what it will look like, what features it will retain or ditch, and when it will be available in the United States.