In September, I bought the iPhone 6 to replace my iPhone 5. Since then, it has served as my daily driver. Last week, after some debate, I decided to pick up the new Samsung Galaxy S6 to replace my Nexus 5. A full Galaxy S6 review is going to take some more time but there are some important things that have stood out to me after using the two phones side-by-side for a few days.

If you are stuck trying to decide between the Galaxy S6 and Galaxy S6 Edge you can read our comparison for important differences. The focus here is to share an early review of the Galaxy S6 that looks at key features with some thoughts about how it compares to Apple’s flagship 4.7-inch iPhone 6.

The Samsung Galaxy S6 display is, in a word, stunning. Colors are bold and beautiful and content looks sharp. I’ve used a ton of smartphones and the Galaxy S6’s display ranks up there with the best that I’ve ever used. It’s honestly that good.

Samsung’s new Galaxy S6 features a 5.1-inch Super AMOLED display that offers 2560 x 1440 resolution at 577 ppi. It’s impressive and virtually everything and anything looks great, even when you take the device into direct sunlight. 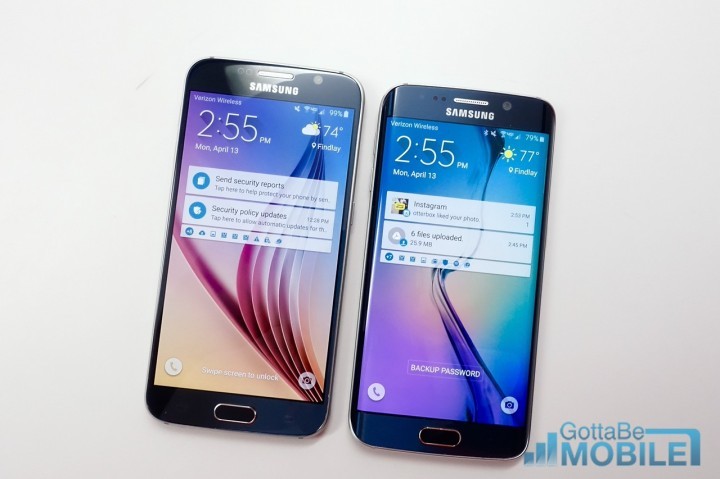 The Galaxy S6 display is gorgeous.

I’m not going to lie. I’ve had a hard time putting the Samsung Galaxy S6 down. I watch a ton of video on my phone and the screen is perfect for that kind of content consumption. The iPhone 6’s 4.7-inch Retina Display is comparable but Samsung’s display certainly holds its own and then some. I would be fine with either screen.

Another nice thing about the Galaxy S6 display is the size. The 5-inch mark is the sweet spot and the Galaxy S6’s 5.1-inch display size is pretty ideal. It doesn’t overwhelm like the iPhone 6 Plus or Galaxy Note 4 but it’s large enough to watch a movie or play a game without experiencing discomfort.

The Samsung Galaxy S6 display provides extra screen real estate though it doesn’t come at a cost. The device isn’t that much bigger than Apple’s 4.7-inch iPhone 6.

The Samsung Galaxy S6 features new design language that incorporates plastic and metal. The Galaxy S6 design is, without a doubt, the best Galaxy smartphone design I’ve ever come into contact with. Yeah, I’ve heard the complaints. No microSD card slot, no removable battery. But with 32GB of internal storage plus the cloud and several days of solid battery life, I don’t think I’m going to have any problem with Samsung’s decision.

The Galaxy S6, like the iPhone 6, feels great in the hand. You hear people say this all the time but it’s extremely important, especially for someone like me that lives on the phone.

The iPhone 6 is the best iPhone for most users.

My only concern is that the glass on the back could be at risk. I’ve been known to be a little clumsy with my phone so there’s a good chance that I’m going to put a case on it in the near future. I did the same with the iPhone 6 after I dropped it and nicked some of the aluminum.

To me, this is really the first time that Samsung’s design has been on par with the current iPhone design. It’s about a premium as premium gets.

I’ve used a lot of Android phones and most times, I come away unimpressed with the camera. The camera on the Moto X, for instance, is the device’s Achilles Heel. And the Nexus 5 camera, along with the unpredictable battery life, ensured that the Nexus 5 would not become by daily driver.

And that’s why it has been so refreshing to use an Android phone with an excellent camera. Samsung’s always had one of the best camera applications on the planet but now that application is backed by excellent hardware. 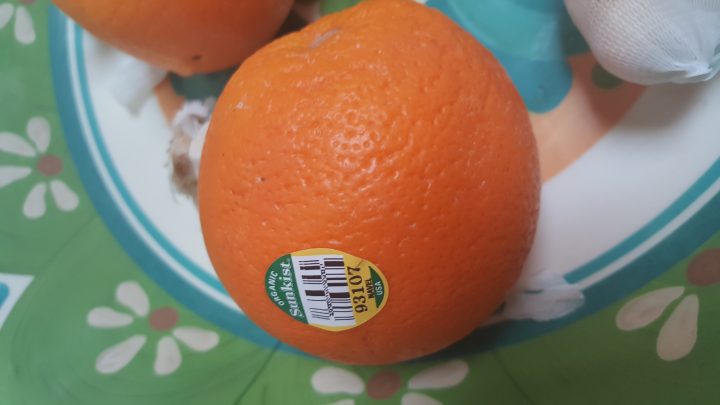 There are tons of options though I usually shoot my photos and video with the stock settings on. So far, I’ve come away with impressive results, even in low light environments. The camera opens extremely fast and the shutter speed is outstanding. 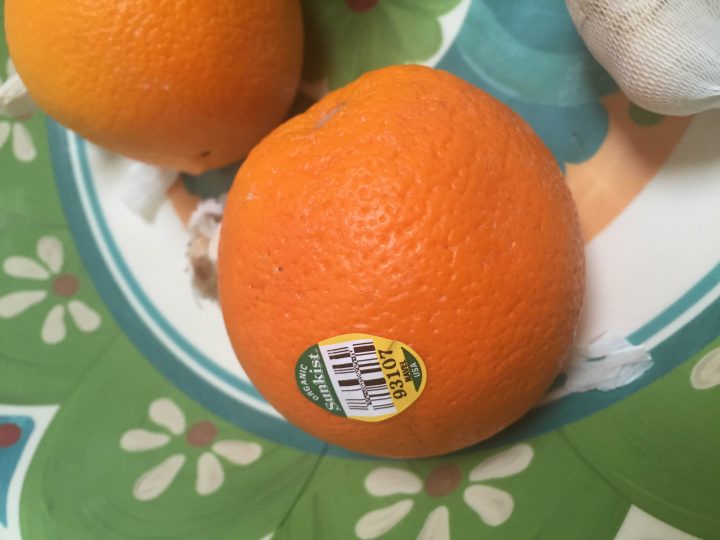 I’m not ready to making a ruling between the two cameras just yet but know that the iPhone 6 finally has some serious competition from an Android smartphone. Both are great.

One of the reasons I’ve opted to carry Nexus smartphones instead of Samsung smartphones is TouchWiz, the UI that Samsung puts over the top of Android. Past versions of TouchWiz were filled with bloat and features I never used. The Samsung Galaxy S6’s software still feels like TouchWiz but it’s a much cleaner, far more organized experience. I can finally go from point a to point b without getting frustrated.

One feature that’s really come in handy over the past few days is the quick Camera function. If you double tap the home button, you can easily access the Galaxy S6’s camera. It’s an extremely small but extremely useful feature that I’ve quickly grown fond of.

For me, there’s no clear winner between iOS 8 and Samsung’s new version of TouchWiz and there probably never will be. Apple’s iOS software is excellent but so is Samsung’s and I have a feeling that some of Samsung’s crazier features are going to grow on me.

I’ve only spent a few days with the Galaxy S6 but it’s clear that Samsung’s got a winner and a device that serves as a solid alternative to the iPhone 6. If you’re not loyal to Apple or Android, I think that you need to weigh these two phones together. As of right now, I think they are the two best smartphones on this planet.

Will the Galaxy S6 replace my iPhone 6? It’s tough to say. I’m heavily invested in Apple’s ecosystem so it would take a lot to pull me away from the iPhone 6. Stranger things have happened though.

Look for our full Galaxy S6 review in the coming days for more on the Galaxy S6, Galaxy S6 Edge and their performance.