As the year was winding down in 2013 we started to see signs that Samsung was preparing another round of tablets for the new year, only they had low-cost ideas in mind. After announcing a slew of impressive high-end tablets at CES with the Galaxy Tab Pro series, we’re now getting the details on the budget side.

Samsung’s goal appears to attack every segment of the tablet market. From ultra cheap terrible tablets like the announced this week Galaxy Tab 3 Lite, to impressive 8.4-inch 2560 x 1600 HD models like the Galaxy Tab Pro 8.4 we linked to above. They even have 12.2-inch tablets coming soon, but here we’re talking about the cheap cheap side of things. 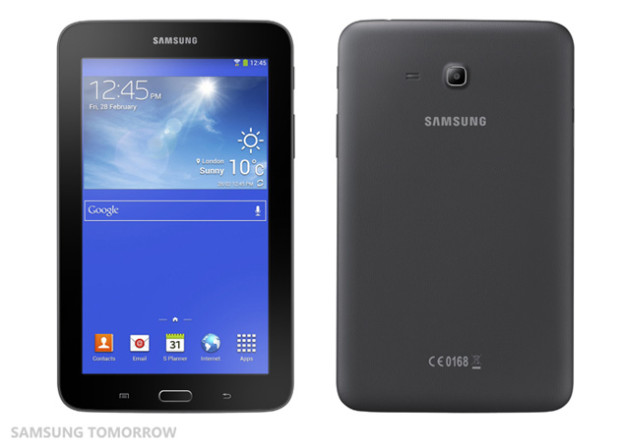 Samsung’s Galaxy Tab 3 from last year didn’t bring much to the table, and was a pretty budget and weak tablet all around, and this years model is no different. The new Galaxy Tab 3 Lite is a 7-inch tablet we’re assuming won’t cost more than $129, and hopefully even less if they intent to sell any. Personally, I’d get a 2012 Nexus 7 over this any day, but that’s just me.

The new Tab 3 Lite comes with a 7-inch 1024 x 600 resolution display, so it won’t be crisp, sharp, or beautiful, and an unknown 1.2 GHz dual-core processor with 1GB of RAM. Thankfully we still have 8GB of storage and a micro-SD card to fill with apps, games, movies, or music, and you’ll even get a lone 2 megapixel rear camera. There’s no front camera, and you’ll be stuck with the one on back.

This is the low end, the Galaxy Note Pro above is the ultra high end, and the difference is huge. The Galaxy Tab 3 Lite has a 3,600 mAh battery they claim will last for roughly 8 hours, and sadly we’re running the old and outdated Android 4.2 Jelly Bean. Not even 4.3 or 4.4 KitKat. That’s a mistake.

The new Lite tablets come in both black or white, with 3G and WiFi options to boot, and should be priced extremely aggressive. And they’ll need to if they want anyone to buy this over the Nexus 7 and a few other well rounded Android tablets we’ve seen of late.