Today Samsung Electronics announced a trio of new tablets that will continue its trend of offering Android tablets of all sizes for consumers to choose instead of an iPad.

Following a mildly successful Galaxy Tab 3 series in 2013, this year Samsung has announced three brand new Samsung Galaxy Tab 4 slates coming in 7, 8, and 10,1-inches, all starting at $199, and they’ll be available as soon as May 1st in the United States.

Galaxy Tab devices have traditionally been low-end devices for the budget crowd, instead of a top-tier tablet like Google’s own Nexus 7, but Samsung changed that with the Galaxy Tab PRO lineup earlier this year. Offering flagship impressive tablets with cutting edge specs, but for affordable prices. However, they didn’t forget about those on the budget, and the new Samsung Galaxy Tab 4 is perfect for those looking for a good well-rounded tablet. 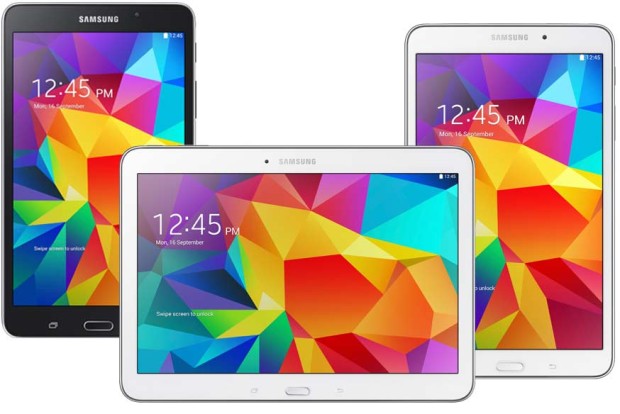 The all-new Samsung Galaxy Tab 4 lineup doesn’t have stunning 1920 x 1220 full HD displays like the TabPro or iPad Retina like screens, but the overall hardware and software should mesh together for a good experience without breaking the bank.

Of course, we won’t know until this new trio of tablets actually arrive in stores before we can make up our mind with a full review, but below we’ll rundown all three brand new Android tablets, what buyers can expect, and how much they’ll cost.

Just like last year, the 7-inch Galaxy Tab is a midrange tablet that will likely be a budget impulse buy for most consumers. Samsung targeted bundle deals with a 3G model last year on Sprint and AT&T, and we can expect the same with a 4G LTE model this year. However, here’s what to expect from the Galaxy Tab 4 (7).

This 7-inch tablet has a 1280 x 800 HD display, is powered by a 1.2 GHz quad-core processor and 1.5 GB of RAM, comes with 8/16GB storage configurations, and includes a micro-SD slot for user-expandable storage. Samsung added a 3 megapixel rear camera, and 1.3 front for video chatting, and a 4,000 mAh battery. The spec aren’t much better than the Galaxy Tab 3 7-inch, but at least the display is 720p HD this year.

The Galaxy Tab 4 7-inch WiFi model w(and all models) will be available for pre-order tomorrow, and hit stores on May 1st. The 7-inch model starts at $199, slightly undercutting Google’s Nexus 7. Sprint will offer a 4G LTE Galaxy Tab 4 7-inch later this summer.

All three tablets announced today have the same internal specs of a 1.2 GHz quad-core processor with 1.5 GB of RAM, but both the 8 and 10.1-inch variants have 16GB of storage, and much larger battery options than the smaller 7-inch slate. All three tablets have a screen resolution of 1280 x 800, which is HD, but isn’t comparable to the iPad Air or Mini Retina, or other Android tablets that have been released as of late. However, the low price should make them a tablet worth considering. 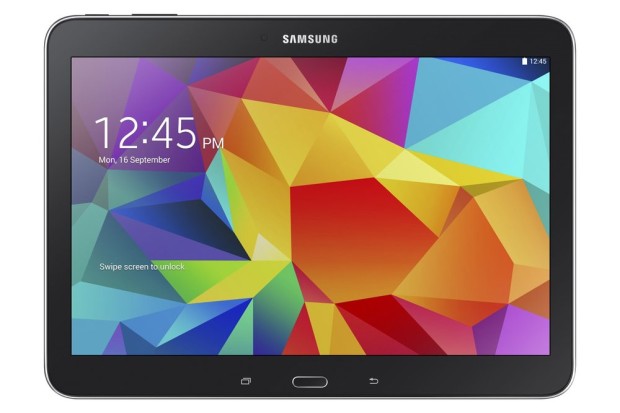 With small tablets like the Nexus 7 or LG G Pad taking control of the 7 and 8-inch form factor, the best of the new Samsung Galaxy Tab 4 range will likely be the 10-inch model. Consumers will be able to get a similar experience with the same specifications detailed above, only on a larger scale without adding much to the overall cost.

The WiFi Galaxy Tab 4 10.1 will start at $349 and Verizon Wireless will be offering a 4G LTE model later this summer.

All three new Samsung Galaxy Tab 4 devices will be available for pre-order starting tomorrow from Samsung, and will hit multiple online and retail stores on May 1st. Users will be able to get any of the three tablets on May 1st from Amazon, Best Buy, Frys, Office Max, Office Depot, Sears and Tiger Direct, as well as from Samsung.com