What you see here are two internal screenshots, courtesy of Droid-Life, that point to a release Galaxy Tab 7.7 release on Verizon’s high-speed network.

Nothing is set in stone until the carrier makes the announcement but it would appear that a sub 8-inch tablet with LTE capabilities will be joining the recently released Motorola Xyboard 10.1 and Xyboard 8.2 on Verizon. 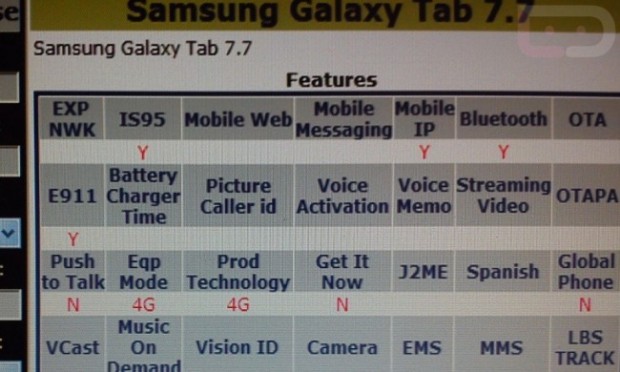 We’ve also heard that the Galaxy Tab 7.7 will be headed to AT&T so if Verizon isn’t your destination of choice, you should have an alternative.

Be on the look out for something official soon.