It’s coming a little later than expected but Sprint and Verizon have dropped the price of the original Samsung Galaxy Tab to a mere $200 on contract, a move that shouldn’t shock anyone considering Samsung just introduced two new tablets and has yet to guarantee an upgrade to Android 3.0 Gingerbread. 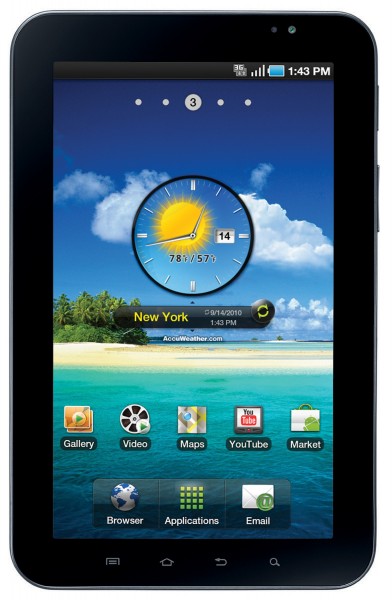 Sprint had been rumored to be slashing the cost of the Galaxy Tab a little while back but Verizon’s drop is kind of a surprise. Originally, Sprint’s version of the tablet cost $400 on contract but the price has been dropping steadily since the beginning of the year.

Verizon’s version started off at $500 without a contract back in November of last year when the Galaxy Tab launched to great fanfare.

The price drops appear to be permanent so those of you looking to get a pretty good, functioning Android tablet on the cheap might want to consider the offer.