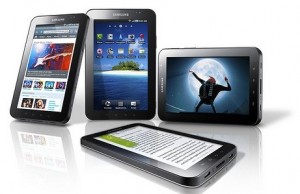 Throwing numbers around is easy. Knowing what those numbers mean can be tricky. For example, when word came around that Samsung had sold two million Galaxy Tabs, it sounded good but only meant that Samsung shipped that many to carriers and retailers. The number that reached end-users was unknown, but apparently it’s not high.

Per a report from WSJ, Samsung exec Lee Young-hee said, “in terms of sell-out [sale to end-user], we also believe it was quite small.” She goes on to say, “we still believe sell-out was quite OK.” No hard numbers here, but “small” and “OK” aren’t exactly confidence-building adjectives.

While reaction to the device appears strong among tech enthusiasts with passions running high in some cases (see Kevin Tofel’s post about why he’s switching from iPad to Galaxy Tab and the ensuing comments), the simple truth is geeks are not mainstream users and frequently react to devices oppositely. Certainly the generally lukewarm reaction to the iPad by techies (myself included) is in stark contrast to its sales since.