Report out of Korean site etnews is that Samsung is prepping an iPad competitor codenamed S-Pad. While its reported 7-inch screen will evoke memories of the Q1 UMPC, the rest of the device sounds markedly different, particularly the AMOLED display and Bada OS instead of Windows. 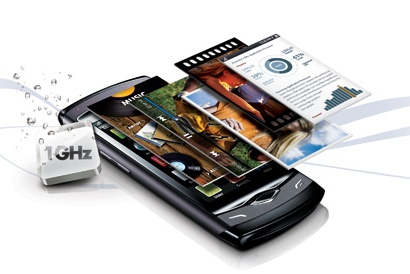 Not a whole lot of info on the specs yet, but it sounds like it won’t be much different from a larger version of the Samsung Wave (shown above). The Active-matrix OLED display should provide significant power savings and higher resolution than LCD. Wi-Fi and 3G will also be offered, as well as a 30-pin connector, similar to that of the iPod family. No word on processor, but Samsung makes ARM processors and, at last report, Bada is ARM-only, so don’t put any money on x86.