With AT&T getting the exclusive Garnet Red version of the Galaxy S III, it looks like Samsung may be looking at bringing other exclusive colors to the market. Speaking to UK-based Pocket-lint, a Samsung spokesperson confirmed that additional color variants will be coming over time. “We will be announcing potential colour variants in due course.” 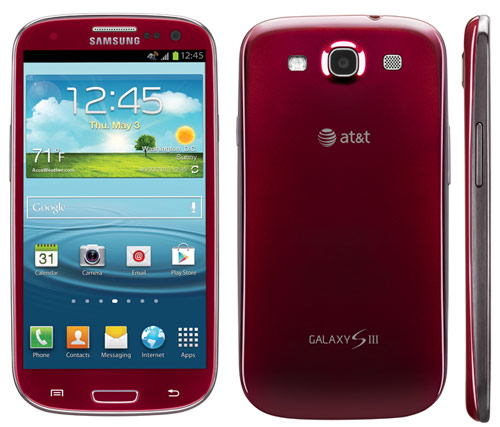 Currently, the Galaxy S III is available in either Pebble Blue or Marble White in the U.S. and internationally. AT&T thus far is the only carrier that will be getting the Garnet Red color and pre-orders started this past weekend on July 15.

Samsung has not confirmed what those new colors will be.

A screenshot captured by Android Central of Best Buy’s computer system shows that a Pebble Blu i9300 was listed, which is the same model number that the quad-core unlocked Galaxy S III is sold under. Right now, there is a quantity listing of 0 and none are placed on order, so it’s still unclear if Best Buy intends to stock this variant. In the past, Best Buy did sell unlocked Galaxy S i9100 in some markets so it would not be unlikely that the retailer would expand to include the current Galaxy S III.