It looks like the Samsung Galaxy S III is Voice Over LTE (VoLTE)-ready as Samsung is ready to launch a version of the firm with updated software that will enable the feature in South Korea. VoLTE will deliver voice calls over 4G LTE, which will be more efficient for wireless networks, rather than reserve 4G LTE connectivity for data calls and use 3G CDMA technology to deliver voice. The other benefit of the feature is that it will not require the 3G CDMA/EVDO radio to be powered on simultaneously with the 4G LTE radio, which will help with battery life. 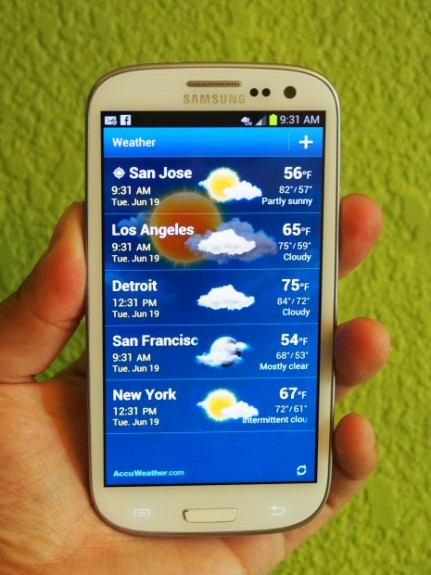 The company is announcing on its blog that the Galaxy S III as the ‘world’s first VoLTE smartphone,’ though more recently we’ve been hearing about the LG Connect 4G having that feature for U.S. carrier MetroPCS.

According to Samsung, the feature will first be available in South Korea and will be slowly deployed to other regions. We can potentially see it land in the U.S. once American carriers enable VoLTE for voice calls. VoLTE operates in a similar way to VoIP solutions, such as Skype, where calls are routed over the Internet–here, the Internet is powered by the carrier’s 4G LTE mobile broadband network.

The Galaxy S III manufacturer is saying that existing devices can be made compatible with VoLTE services with a firmware update and that no additional hardware is required.