In a statement made to Engadget, Samsung has confirmed that it has no immediate plans to bring 3D technology to its mobile devices which all but rules out a 3D display on the manufacturers highly anticipated Samsung Galaxy S III, a device that is expected to be announced later on this year.

This isn’t a surprising development. 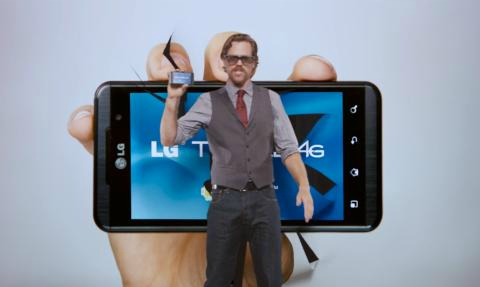 Samsung has no plans to release a 3D smartphone.

In the build-up to the phone’s launch, the device’s display has been rumored numerous times to be a 4.65-inch Super AMOLED Plus display with 1280 x 720 resolution, a display that should set the bar for the rest of the mobile industry.

Thus far, 3D capable smartphones have been looked at as gimmicky.

The HTC EVO 3D for Sprint, while garnering fairly good reviews, was widely panned for its 3D which was seen as more of a gimmick then an actual feature. Other 3D phones like the LG Thrill 4G for AT&T have found themselves on the bottom of the bargain bin soon after launch.

On the other hand, Samsung’s rivals like LG have reaffirmed their commitment to the 3D smartphone market.

Samsung’s Galaxy S III, 2D display and all, is shaping up to be a monster device.

It’s rumored to include a quad-core Exynos processor, 4G LTE data speeds, a ceramic design that could check in as thin as 7mm, and the ability to charge wirelessly from up to 2 meters away from a dock.

Samsung has said that it will announce the phone during the first half of 2012 but it has yet to give the device a specific release date.

The company has said that it will tie in a major product launch with the Summer Olympics in London and right now, it’s safe to bet on the Galaxy S III.