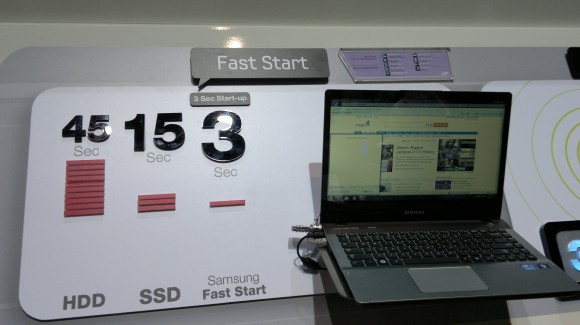 While our pals at Notebooks.com did a video comparing the Lenovo laptop with the Lenovo Enhanced Experience and rapid boot feature to the fast-booting MacBook Air, in which Lenovo took top honors and claimed glory, Samsung was out at CES promoting its own QX412 notebook for a boot-up time of just 3 seconds for the Windows 7 system compared with about 40-50 seconds for a system with an HDD or about 15 seconds for SSD systems. 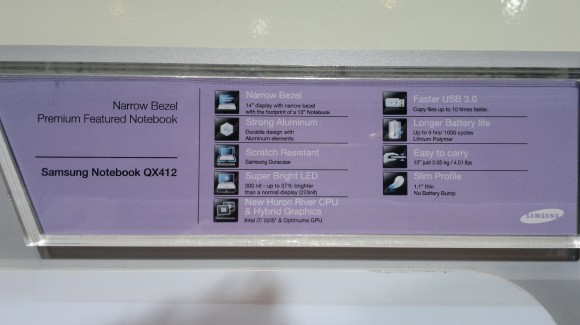 We didn’t carry anything to compare it to, so we’re going on Samsung’s claim, which the company is calling Fast Start technology. Now, the show down will go down to three contestants: Apple with its SSD MacBook Air, Lenovo with its optimized Windows 7 Lenovo Enhanced Experience, and Samsung with its Fast Start technology.

While you’re mobile and on the go, waiting for a PC to boot up is the last thing you want to do so having something that fires up nearly instantly will definitely aid in reducing frustration and increasing productivity, while keeping users like you and me in a zen state of mind. Also, in case you missed it, here’s the Lenovo v. MacBook Air show down: