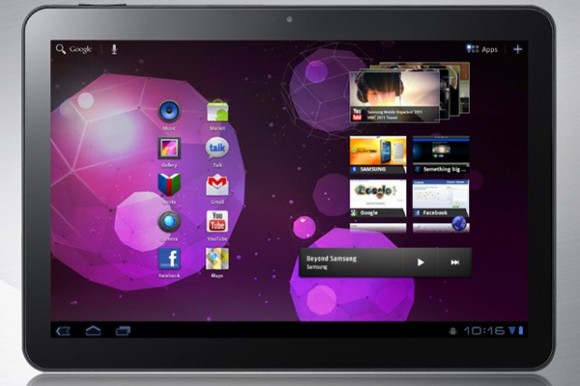 You have to say this about Samsung’s exec in charge of the Galaxy Tab line. They don’t play the PR game the way others do. Apparently they are pretty comfortable speaking their mind, saying things like the 7 inch form factor isn’t a Tablet and announcing a new version of a Galaxy Tab right on the heels of the original Galaxy Tab launch.

Now it appears they are pretty comfortable discussing how Apple’s iPad 2 plans will affect their thinking on the Galaxy Tab 10.1.

Executive VP Lee Don-Joo is quoted as saying that Samsung will be looking at it’s 10.1 plans and “improve the parts that are inadequate.” Obviously there’s no word on what those “parts” might be, but he seems impressed with how thin the device is. He also intimated that Samsung will be rethinking its pricing and profit margins on the new device. Here’s the quote: “The 10-inch (tablet) was to be priced higher than the 7-inch (tablet) but we will have to think that over.”

I’m guessing there’s a lot of “thinking that over” going on.