Rumors are swirling again that Samsung will be licensing Research in Motion’s BlackBerry 10 OS. Thus far, the BlackBerry OS has been a proprietary operating system that, like Apple’s iOS, has been reserved for use on RIM’s hardware, providing tight software and hardware integration. However, as RIM has struggled to remain competitive in the smartphone space, executives for the Canadian smartphone-maker have not been shy in considering the possibility of licensing deals to extend RIM’s reach. 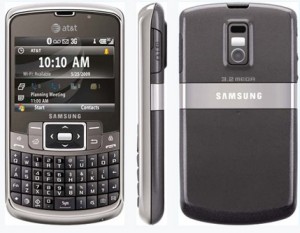 This time, speculations for Samsung licensing the next-generation BlackBerry 10 OS, which is slated to launch in 2013, is being propagated by Jefferies analyst Peter Musek, who had told investors of this speculation in the past.

TechRadar reported that Samsung has since responded and has released a brief statement denying that it is licensing or acquiring RIM: “Samsung Electronics has not considered the acquisition of Research in Motion or licensing BB 10.”

Analysts are saying that it is usually standard procedure for companies to deny any speculations while they are in talks and that Samsung may still be in negotiation with RIM. A partnership with Samsung would help RIM broaden its appeal and its platform. Samsung is the leading Android smartphone manufacturer and would help RIM break into the consumer segment. For Samsung, a partnership with RIM would lessen Samsung’s dependence on Google, especially in an era following Google’s acquisition of rival smartphone manufacturer Motorola Mobility.

Samsung for its part is tied up with multiple platforms. In addition to Android, the company is working on its own Bada OS, will be releasing a smartphone with Tizen, and is a Windows Phone licensee. Samsung was also at one point rumored to be buying HP’s webOS.