During the Galaxy S III announcement, Samsung made a fleeting mention of a new S Pebble music accessory. Now, we have learned that the S Pebble is actually an MP3 player that relies on the Galaxy S III to function.

According to Engadget, the S Pebble is a 4GB MP3 player similar to the Pebble MP3 player lineup Samsung introduced a few years ago. The tiny device has a clip on the back like the current iPod shuffle and iPod nano, and has a long 17 hour battery life. It comes in the same Marble White and Pebble Blue colors as the Galaxy S III. 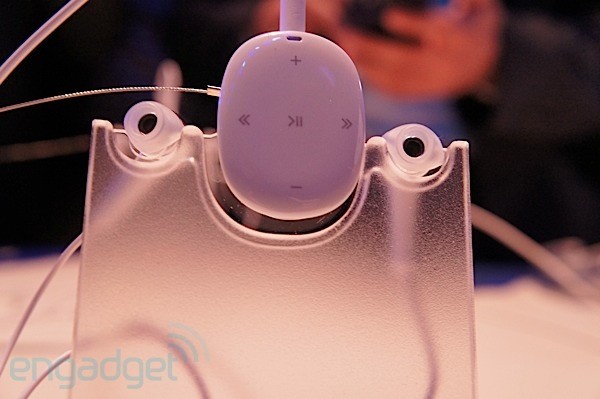 Samsung wants users to view the S Pebble as more of an accessory than a standalone device. To reinforce that point, the S Pebble cannot sync to a PC or Mac. Instead, the S Pebble syncs to the Galaxy S III, so users have to load their music on the smartphone before they can load it on the 4GB MP3 player.

Samsung designed the S Pebble for runners, but doesn’t offer any features beyond an iPod shuffle. The device offers no GPS or pedometer. There’s no way to use the S Pebble as a fitness tracker, only as a way to listen to music on while running, jogging, or doing anything else. The one big feature it has is that it allows runners to leave their expensive 4.8-inch Galaxy S III at home while running.

Samsung hasn’t announced pricing or availability for the S Pebble yet, but we expect to see it soon. Although, we wouldn’t be too surprised if the device ends up being hard to find in the U.S.