Samsung Replaced My Apple TV and It's Awesome

The Apple TV is now cheaper than ever and it delivers access to a growing list of “channels” and apps but I haven’t touched the aging device since I got a new Samsung Smart TV.

Almost any new Samsung TV includes built-in WiFi and a smooth and fast way to use apps, play YouTube videos rent and buy movies and even to watch 4K content if you own a 4K Tv like I do.

Apple might deliver a new Apple TV later this year that earns a spot in my house at the center of a connected home, but for now the Samsung Smart TV is a clear winner. 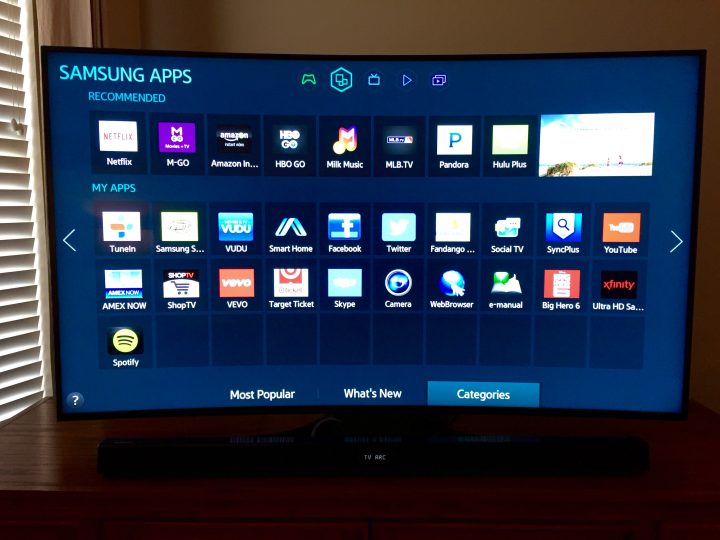 The Samsung Smart TV beats the Apple TV even in this Apple house.

On the Apple TV it’s not nearly as easy to use Amazon Instant video, because you need to use AirPlay. With the Samsung Smart TV I can choose to watch movies on Amazon Instant, Hulu Plus, Netflix, MGo, or VuDu. With Samsung, VuDu and MGo I can choose where I rent or buy movies from instead of only going to the Apple Store and that opens up deals and delivers a lot of choice.

Along with more options I also gain the ability to watch videos in 4K on my 4K TV. There is still no 4K Apple TV option even when connected to the TV that supports 4K. 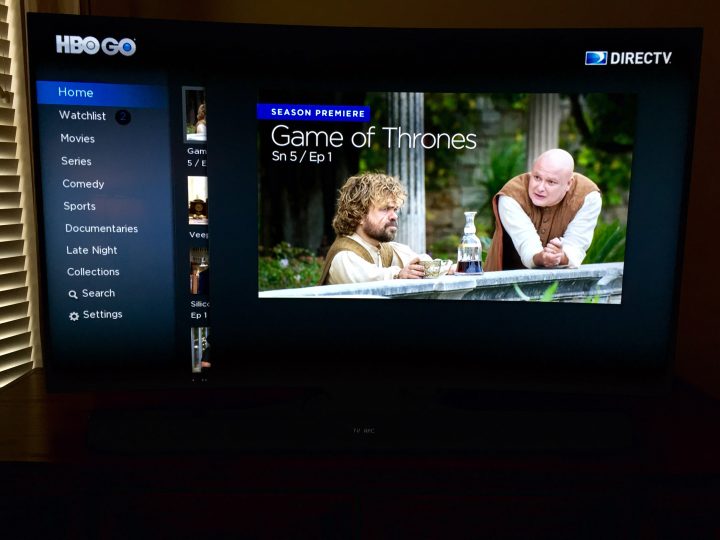 Samsung delivers access to many sources of entertainment right on the HDTV.

Samsung includes other options like games that you can install on the Smart TV, but I don’t use these. one of the few apps I miss is SketchPartyTV, which lets you play a digital version of Pictionary on the Apple TV using iPhones, iPads and AirPlay. This is the only reason I still have the Apple TV connected.

With this new Samsung home entertainment experience switching between HBO GO for Game of Thrones and Netflix for Friends and then back to live TV is more fluid and faster. Yes I can do all of those things with the Apple TV, but the experience doesn’t match up.

From a music standpoint I can play Pandora, listen to TuneIn, use my Spotify Premium account and also use Amazon Cloud Player. These are all on the TV, so it doesn’t matter who is home when someone wants to use them and there is no need to use AirPlay to stream it. There is even a Sirius XM app and Rhapsody support. 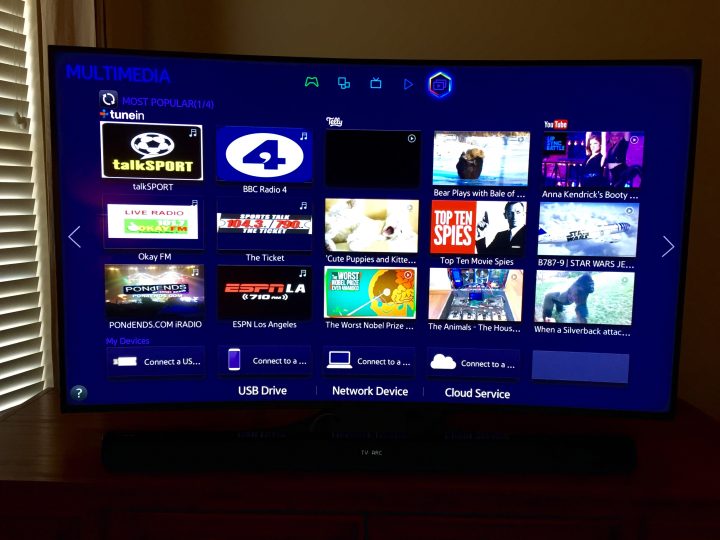 For all the apps that I Do use, there are many other ones that include MLB.tv, an official NBA app, cooking apps, WCW, UFC and more.

I don’t have the right home accessories to leverage the control, but if you own Samsung appliances or air conditioners you can use the Samsung HDTV to monitor items, control what goes on in the morning or off at night and other options. With HomeKit Apple could pull me back in later this year as most of my connected home items are not under the Samsung umbrella.

Although I cannot use AirPlay to mirror my Mac, iPhone or iPad to the Apple TV this is not a feature that I use frequently, so I don’t miss it. There are options to connect to USB drives, Windows computers, smartphones and tablets and to use cloud services.

Samsung and Apple both offer advantages and disadvantages, but after using the Samsung Smart TV for six months it is a way better experience in our house, even though we are a predominantly Apple home.