The Samsung Stratosphere finally has a release date. Starting on October 13th, you’ll be able to go online or to your local Verizon store to pick up the first 4G LTE smartphone with a physical QWERTY keyboard.

This is great news for users who cannot fathom a switch to an on screen keyboard. Many times these users have to put up with second rate smartphones, but looking at the Samsung Stratosphere specs — physical keyboard lovers can enjoy decent specs.

The highlights include a 4″ Super AMOLED Display, 4G LTE and the physical keyboard, but users will also appreciate the front facing camera and 5MP rear camera capable of 720P video. 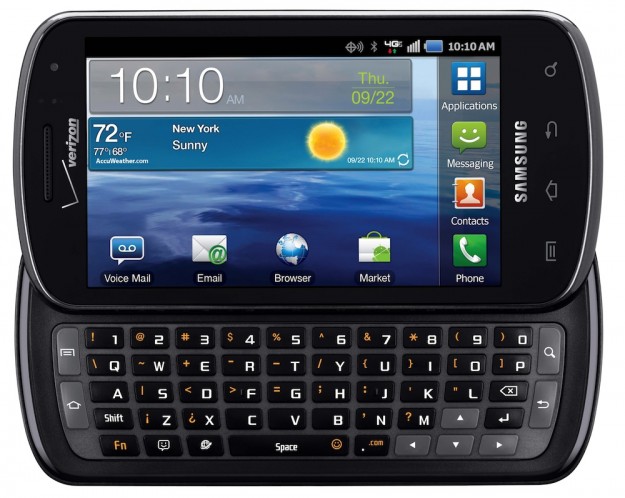 Most physical keyboard fans I have met aren’t afraid of touchscreen keyboards, but have difficulty typing due to hand size or fingernail, so it’s nice to see a 4G LTE device that meets their needs.

4G LTE smartphones allow for 10x faster connections, with download speeds of 5-12 Mbps and upload speeds of 2-5Mbps. This enables you to connect as fast as many home connections for video chat, gaming and working on devices you connect to the mobile hotspot app.

The Stratosphere details line up pretty well with our post from Friday, and are OK for the $149.99 price tag. Like msot Android smartphones, we expect to see this price cut in half within a month at third party sellers like Amazon and Wirefly.

Samsung took additional steps to make this phone ready for the business world. According to the press release, the Stratosphere, “supports enhanced B2B-enabled connectivity services from Cisco™, the most comprehensive mobile implementation of Microsoft® Exchange ActiveSync® (EAS) and support for secure remote device management from Sybase Afaria.” 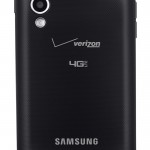 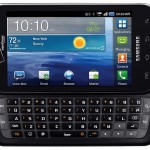 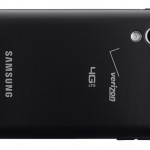 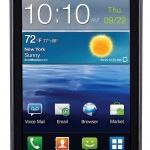 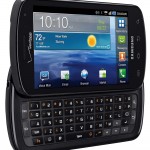