This morning Samsung revealed a newly revised invite for its annual Samsung Unpacked Event taking place in Barcelona later this month. Only this time it teases nine features we can expect to see on the Galaxy S5.

We’ve been following leaks, rumors, reports, and details for months and months, but everything will finally be officially unveiled on February 24th in Spain, and on Samsung’s YouTube channel. Months of waiting and speculation will wind down as the company showcases nine apps for the Galaxy S5, which should be followed by them actually revealing the product itself.

The photo above was revealed by SamsungTomorrow, and along with it comes plenty of speculation as to what Samsung actually has planned. Could they be teasing a new software interface and radical change from the TouchWiz user interface on the Note 3 and Galaxy S4? Are those actual app icons and everything will be round and flat? Maybe.

The nine icons represent Speed, Outdoor, Curiosity, Fun, Social, Style, Privacy, Fitness and Life. Then, each icon has a nice little “5” above it. In fact, there’s fives everywhere which pretty much confirms we’ll see the Galaxy S5 get announced, revealed and shown off right on stage. We’ll be live in New York City too, for hands-on pictures and video galore. Here’s what we think these new apps will have to offer. 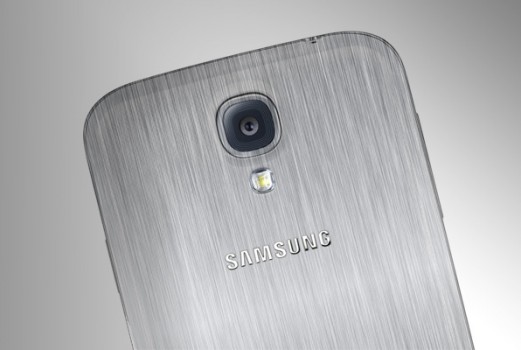 Over the past few years Samsung has evolved the Galaxy S brand with plenty of features and interface tweaks. The Galaxy S3 was “inspired by nature, designed by humans” which carried over to the lockscreen on the Galaxy S4, and they’ve continued to put effort into additional apps and features, security with Samsung Knox, and of course Fitness. It appears that Samsung’s new approach here could highlight nine key areas of the Galaxy S5, have a new user interface, and the rest will be all stock Android 4.4.2 KitKat and Google.

As we mention in detail below, Google and Samsung recently signed a cross-licensing agreement, and we’ve heard Samsung will start bundling all of Google’s apps with its devices. As in Google Play Music and Movies, instead of Samsung TV, and curb tons of the tweaks and changes that add to Android fragmentation, instead of improve the ecosystem.

This new image could be showing new round icons in a completely revamped user interface, and we even think this will be the nine key areas Samsung will focus on with software, then offer Google’s suite of apps and services to round out the device.

“Prediction is very difficult, especially if it’s about the future.” — Samsung

Then Samsung tossed in the quote above, teasing that many of the predictions we’ve seen as of late could be false, and that it’s hard to predict the future.

As it stands here’s the latest design and dimension rumors, but as stated above, we won’t know until Samsung officially announces it live on stage come February 24th at Mobile World Congress. However, multiple leaks have suggested a 5.25-inch QHD display, powerful quad and 8-core processors with 3GB of RAM, 16 megapixel camera, 32 and 64GB storage configurations, and a 3,000 mAh battery for all day usage. We’ll have to wait and see, but here’s our latest roundup video.