While we expected a handful of Windows 8 tablets to get announced at this year’s IFA conference in Berlin, Samsung has already confirmed that it will be announcing at least one Windows Phone 8 at this year’s trade show.

In a Facebook post, by way of The Verge, Samsung has confirmed that it will be launching a Windows 8 tablet at IFA 2012. It has teased the announcement using a photo depicting a tablet running Microsoft’s Windows 8 software which is set to launch in late October.

The photo is not accompanied by any specifications or a name though it very well could be the Samsung Series 5 Hybrid that we saw back in June. 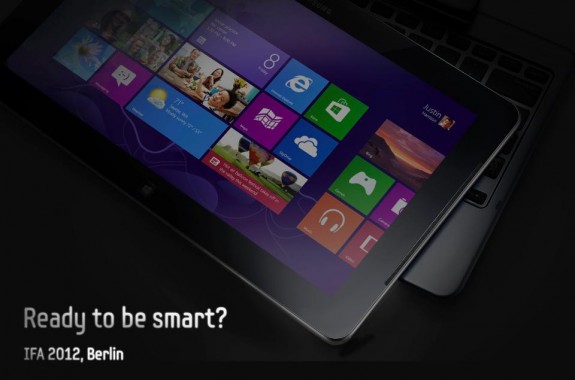 This may be Samsung’s Series 5 Hybrid.

The previous leak pegged the tablet as having a micro SD card slot, high speed USB port, 1080p HD 11-inch display, and front- and rear-facing cameras and battery life of up to 10 hours or so.

It also may use a low wattage Intel Clover Trail x86-based CPU.

If this tablet in the leak is one in the same, it will also be coming with a keyboard dock which will allow owners to dock the device when they need a physical keyboard and un-dock it when they want to use the device like a tablet. 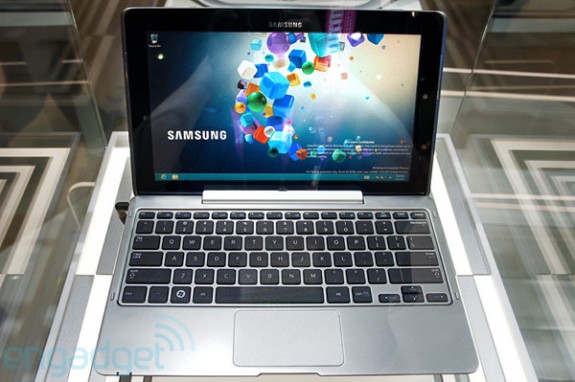 Another look at the Samsung Series 5 Hybrid.

It’s a concept that has already been put out there by Asus and Acer and it looks like Samsung could follow suit at this year’s IFA show.

These Windows 8 tablets will be competing for the hearts of consumers with Microsoft’s very own Surface tablet which is expected to launch with Windows 8 on October 26th of this year.

We fully expect IFA to be chock full of Windows 8 tablet announcements so we expect Samsung and Microsoft’s Surface to have plenty more company before the holidays arrive.

We’ll be reporting live from IFA in Berlin, Germany this week so stay tuned for all of the details.