Today some shocking new details have been revealed regarding how the future of Android will look on Samsung devices like the upcoming Galaxy S5 smartphone, and the bundled apps. We know fragmentation is an issue, and Google looks to be trying to curb it with Android’s biggest success story.

We know the Samsung Galaxy S lineup is the most popular smartphone on the planet, and obviously in the Android market, but its continued to change and evolve into something that we barely recognize as Android. It’s called TouchWiz, Samsung’s “user experience” skin over stock Android, and apparently Google wants them to tone things down and stop making such drastic changes to the look and feel of Android, according to Re/code. 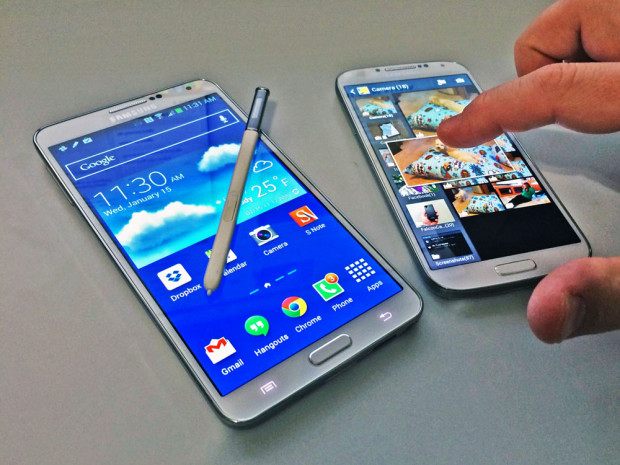 A new report has surfaced claiming that Samsung and Google have been working together to come up with a solution that will work for both sides, stop Android fragmentation, and keep Samsung’s extremely popular smartphones using Google’s services, instead of their own homegrown services and apps.

When we say services we mean the suite of Samsung Music and TV apps, ChatON messenger, and other tidbits. Not to mention all the changes to the user interface. Samsung’s software has advantages, but overall it looks and acts nothing like Android, and that’s more present than ever with the shocking new Magazine UX they debuted on the Galaxy Note Pro 12.2 Tablet.

Apparently at CES earlier this month when Samsung debuted the new interface changes, a “series of broad agreements” were started by both Samsung and Google to stop the strong interface changes, prevent more fragmentation, and align Samsung’s products closer to what Google imagines for Android.

Earlier this week Google and Samsung signed a global patent and licensing deal, which is a major aspect of this news in some way, where we’re assuming both sides agreed to certain changes. So far the details are quite light, but it sounds like Samsung’s upcoming smartphones and tablets will not be covered in as many S-Features, S-Apps, and custom skins over Android that look and feel different than the rest of the Android devices around.

While different options are a good thing, I think we can all agree that Google’s Music, Movies, App Store, and other services are better than Samsung’s, and this will ensure they’re here to stay with future Samsung products. Not to mention the Magazine UX shown in the video above looks more like Windows than Android.

It’s unknown if these changes will come in future updates or products, or if the launch of the new Galaxy Note Pro and Tab Pro lineup will be delayed for these changes to take effect. What we do know, is Samsung will likely still have their own user interface skin of some sort, it just won’t be so radical.