In the U.S., mobile TV on smartphones and phones with larger displays have not taken off in the past. We’ve seen various services ranging from Sprint TV, which delivers the picture over the carrier’s mobile broadband service, and Qualcomm’s FLO TV service, which uses a separate radio spectrum to deliver the resulting video feed as to not use up the customer’s data bucket. Now, with 4G LTE offering faster speeds and causing less strain on mobile broadband networks, Samsung is visiting mobile TV with newer technologies. 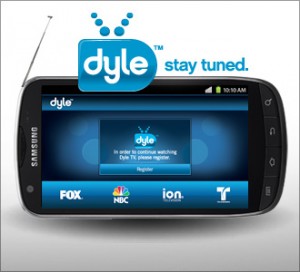 The carrier is trailing TV over 4G LTE networks using a technology called evolved Multimedia Broadcast Multicast Service, or eMBMS. It’s unclear if Samsung will find success, at least in the U.S., where other carriers and providers have failed.

It’s unclear at this time if the service will be available in the future. Even without widespread carrier support, a potential area where Samsung could place this technology is in one of its self-branded Hubs on its Galaxy devices as a service. A TV Hub can potentially allow Samsung to deliver both live TV content and on-demand episodes at a charge. The company has been aggressively trying to build out content for its hardware through its Hubs with services like a Music Hub, Movies Hub, and Games Hub.

eMBMS technology allows the LTE network infrastructure to be used for the delivery of broadcast services, such as TV. It enables carriers to adjust coverage and capacity as needed, allowing for more efficient use of network resources. Samsung Electronics and Anritsu (two long-time leaders in new mobile technologies) have collaborated to bring this new technology to market.

“Anritsu is delighted that Samsung, the world’s largest cell phone maker, has selected the technology-leading capabilities of the RTD and MD8430A to verify the implementation of eMBMS capability in its devices,” stated Kenji Tanaka, Executive Vice President at Anritsu. “Samsung’s demonstration shows how Anritsu’s RTD helps LTE device makers prove their leading-edge technology in an intensely competitive market where reducing the product launch cycle time is critical to success.”

“We have used Anritsu test equipment from the very beginning of our LTE development programs,” said Inyup Kang, Executive Vice President at Samsung Electronics. “Anritsu’s RTD and MD8430A have made a significant contribution to our leading position in the LTE device market.”