Announcing that the next generation Galaxy S4 flagship smartphone will be announced in the U.S. in New York City come March 14, Samsung says that the decision was made because U.S. carriers want the phone to debut here. Whether that means that the U.S. will be among the very first markets to release the Galaxy S4 is still unclear as in the past there was often a delay between the debut of the international version and the U.S. version, though Samsung has been working hard on narrowing that gap. 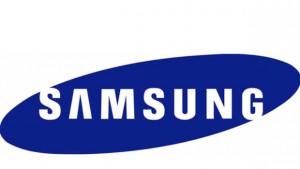 According to Samsung’s mobile head JK Shin, “This time we changed the vemnue as we were bombarded with requests from US mobile carriers to unveil the Galaxy S IV in the country,” noting that the Galaxy S3 was announced in London last year. This will be the first flagship smartphone from Samsung to officially launch in the U.S. market in three years, according to Reuters. The first flagship to launch in the U.S. was the original Galaxy S at CTIA, though there was a long waiting period of availability.

Details are scarce at this time and we’ll have to wait to learn more details about the Galaxy S4.

In the past, there were reports that Samsung may have selected the U.S. as the launch venue not because of carrier demands, but because it’s Apple‘s home turf. Samsung and Apple have been engaged in a multi-country war with numerous lawsuits filed against each other over patent claims. Though the two companies rely on each other for business–Apple is a big client of Samsung for parts like displays, memory chips, processor manufacturing, and other components–ongoing patent litigation has intensified the war between the two companies and the choice of venue may indicate that Samsung isn’t afraid to battle for U.S. customers.

On the carrier side, there’s been growing reports that American carriers may be tired of relying on Apple. While the iPhone does bring customer loyalty and increased data revenues in the competitive wireless market where churn is par for the course, carriers may be tired of paying high subsidies for the device. Sprint’s shareholders were highly critical of CEO Dan Hesse for bringing the iPhone to the Now Network, for example, because it represents a short-term revenue loss as Sprint had to pay high subsidies for every iPhone subscribers. Hesse is hedging that over the long-term, the iPhone will be profitable for the network, but that takes times.

Historically, Samsung’s other flagship device, the Galaxy Note phablet, is usually debuted in the Fall in Germany at the IFA show.