Samsung Working on a 20-Megapixel Camera for Galaxy S6, Note 4

Samsung’s research and development team is working on a 20-megapixel camera sensor that is reportedly made for the company’s new flagship smartphones. The sensors may not be available until the second half of 2014 or into early 2015 at the soonest, and it is reported by ET News that these camera sensors would be making their way into Samsung Mobile’s latest flagship devices, which could include phones sold under the Galaxy S brand as well as the Galaxy Note phablet range.

“According to the industry on December 1, the Advanced Development Team of the Wireless Business Division of Samsung Electronics began to develop the 20-megapixel camera module targeted for release in the second half of next year,” the publication reported. 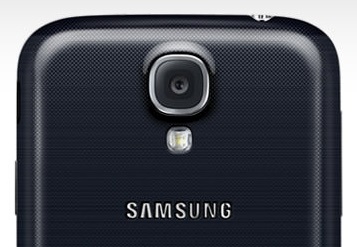 If the new high resolution camera sensor modules do make it by the end of 2014, there is a possibility that these sensors would be readied in time for production of the Galaxy Note 4. Samsung usually updates its Note phablet series in the fall. If instead Samsung isn’t ready with the camera sensors until early 2015, these sensors could likely debut on the new Galaxy S6 smartphones that will be appearing on the market by spring of 2015.

The Galaxy S5 rumored for release in spring 2014 would come with a 16-megapixel sensor, likely procured from Sony.

At this point, beyond the megapixel-resolution of these camera sensors, it’s still unclear what other technologies will be included in the sensors. One potential would be the use of Samsung’s new ISOCELL technology that will make the sensor perform better under low lighting conditions. Another possibility, though unlikely, would be the use of optical image stabilization, or OIS, to be included. While OIS would be a great thing to have, the unfortunate reality is that Samsung’s popular Galaxy S and Galaxy Note lines would make it extremely difficult for the South Korean manufacturer to obtain enough mechanisms to retrofit OIS into the sensor–usually springs are mounted and the sensor is suspended by spring coils for OIS.