Apple has created instant marketing and PR buzz when it debuted its iPhone 4 smartphone with the Retina Display in which late CEO Steve Jobs says that the naked eye cannot discern individual pixels with a 326 pixel-per-inch resolution. Since then, Android smartphone manufacturers have tried to match and out-class the Retina Display resolution beginning with the qHD screens and now with 720p HD displays on smartphones, but Samsung is looking to take it a step further with AMOLED panels that are capable of displaying 350 pixels per inch. 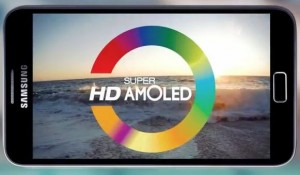 According to the latest report, it appears that Samsung has achieved manufacturing scale with these new high resolution AMOLED panels thanks to Fine Metal Mask production techniques.

The company was also previously experimenting with Laser-Induced Thermal Imaging production techniques as well, but that method could not be scaled for mass production so Samsung opted to go with the Fine Metal Mask technique.

It’s unclear when these panels will begin to appear on mobile consumer smartphones and tablet, but chances are we may begin seeing a Galaxy S IV with these panels in the future. Samsung’s current Galaxy S III uses a next-generation HD Super AMOLED panel that’s capable of a 720p HD resolution. According to Samsung reps, the panels on the Galaxy S III are more advanced than the Galaxy Note, which has roughly the same resolution but was launched late last year.

According to Phone Arena, these panels may be branded as a Super AMOLED HD Plus panel. The ‘Plus’ in the branding would suggest that these would not utilize the PenTile sub-pixel arrangement, which would lead to sharper graphics and text rendering that could rival the sharpness of LCD panels today.